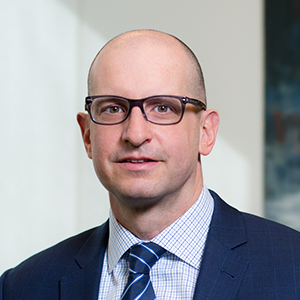 Robert has 20 years of experience in the investment and broader financial services industry. He joined Burgundy in May 2005 to focus on performance measurement and firm-wide compliance initiatives. In February 2007, Robert joined the Investment Team as an Investment Analyst and has focused on Emerging Markets equities, Canadian equities and fixed income. In addition to his role as Investment Analyst, Robert served as Director of Research for four years and was appointed a Vice President of the firm in May 2011. In December 2016, Robert was appointed Executive Vice President and Chief Operating Officer. He was appointed Chief Executive Officer in January 2019.

Prior to joining Burgundy, Robert spent four years with Russell/Mellon Analytical Services, where he served as Manager of the Performance and Analytics Group. Earlier in his career, Robert spent two years working as a Fund Accountant with CIBC Mellon Global Securities Services.

Robert received a Bachelor of Science in Forestry in 1997 from the University of British Columbia and was awarded the Chartered Financial Analyst designation in 2004. In 2018, he completed the Advanced Management Program at Harvard Business School.

Robert currently serves as a Director for Cystic Fibrosis Canada and is a member of YPO International, Maple Leaf Chapter. He is a member of the CFA Institute and the Toronto CFA Society.