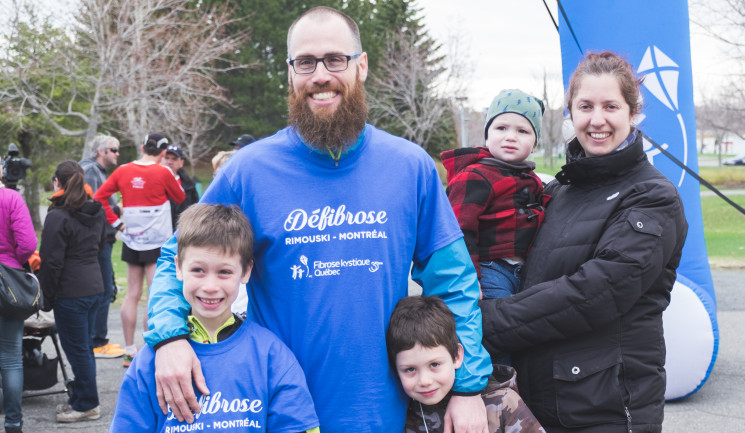 From the 15th to the 29th of May, Cédric Bouillon, a father of three children, two of whom have cystic fibrosis (CF), ran 503 km in 15 days (which is nearly 12 marathons!) in order to raise critical funds for research to help find a cure for this deadly disease.

“When we, as parents, find out that our children are sick, the first thing that we have to do is take time to accept it. Then we feel the need to help and raise awareness about this disease. I am a runner, and running is a fundamentally breath-based sport, a nod to CF. It felt completely natural for me to run for my children,” said the father, who already had three marathons under his belt. He spent time with some of the best runners in Quebec, who helped prepare him for this incredible challenge.

“My pulmonary and physical abilities were put to the test. Just like my children and all those who live with CF every day,” he pointed out. 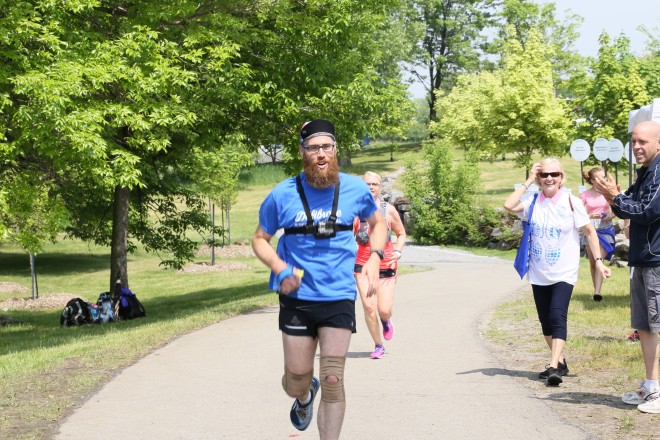 Along his route from Rimouski to Montreal, he received tremendous gestures of support: “Marathoners came to see me, including one from Rimouski, who ran a little bit of the way with me. When people honked at my departure from Rimouski, on Route 132, it was wonderful. Several even said: Thinking of you, you are my hero! It warms my heart!” By the time Cédric arrived in Montreal,  he had raised close to $23,000!

Cédric intends to take a well-deserved break before running a half marathon on July 15th. He also wants to participate in the Marathon de Rimouski SFL … but as a volunteer!

To make a donation to Cystic Fibrosis Canada visit www.cysticfibrosis.ca.