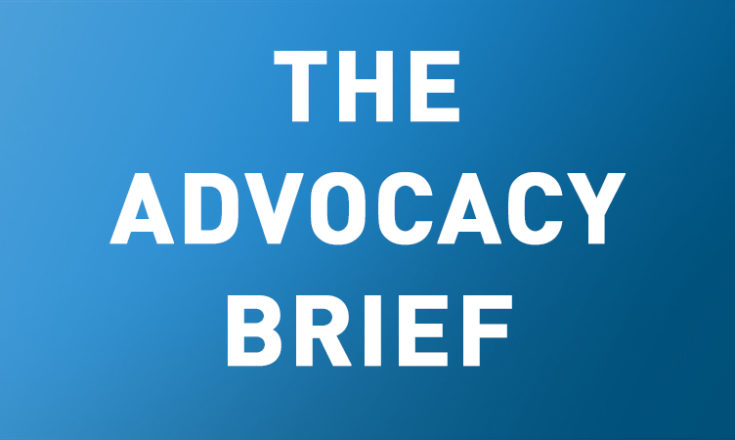 Welcome to your June 3, 2022 edition of the Advocacy Brief

Going further to ensure access to Trikafta for all eligible Canadians

CADTH’s draft recommendation is out

You probably saw the good news last week that the Canadian Agency for Drugs and Technologies in Health (CADTH) released its draft recommendation for Trikafta for those aged six and older. Not only did the cost-effectiveness review body recommend for the drug to be funded for everyone aged six and up with at least one F508del mutation, but the recommendation did not include overly restrictive access criteria. This new recommendation supersedes the one from the organization last year. This means that that the requirement for a person to have a lung function of 90% or less to access the drug is no longer recommended by CADTH.

This is welcome news for Canadians who have been waiting to access this transformational drug. But it is only a recommendation, and the provinces and territories that implemented the 90% restriction last year need to change their funding approach so that Trikafta can be made more widely accessible. Only four provinces (Alberta, Saskatchewan, Manitoba and New Brunswick) provide access to Trikafta for eligible people 12+ without overly restrictive access criteria. Cystic Fibrosis Canada is applying pressure to the remaining provinces to change their funding approach and not limit access.

Today, Cystic Fibrosis Canada, our Health Advisory Committee and clinical trials network (CF CanACT) all provided feedback to CADTH, as part of their review process. Our response supported CADTH’s recommendation and called on CADTH and public payers to:

You can read the Cystic Fibrosis Canada submission on our website .

CADTH is expected to release a final recommendation soon, most likely the week of June 13, 2022. From there, it is up to public payers to fund the drug. We need to keep the pressure on our public funders to ensure this drug is funded for all who could benefit. You can help by meeting and writing to your elected official. We have all the tools you need to have a successful meeting on our website and a simple-to-use letter to send to your elected official.

We have sent a letter to several large insurance companies, urging them to immediately list Trikafta without restrictions. We saw in response a few companies move to list the drug on their base formularies. We are looking at pitching to media to apply pressure and increase awareness. We are creating a new webpage to help explain access to medicines through private insurance system which will shortly be on our website. We will also develop a toolkit available to help you advocate to your insurers.

The CF awareness month campaign to Walk, Write, Meet or Donate continues. So far 827 number of people have sent letters, which have reached 305 elected officials and candidates. The meeting challenge has seen 40 meetings happen with decision makers where we’ve pushed for jurisdictions to make commitments to list Trikafta immediately upon the final CADTH recommendation. If you haven’t already taken action, now is the time to get involved and go further for access to a drug that could help Canadian’s impacted by cystic fibrosis live longer and healthier lives.

We have sent a letter to several large insurance companies, urging them to immediately fund Trikafta without restrictions. In response,  a few companies move to fund the drug on their formularies for open and standard plans. We are looking at ways we can continue to apply pressure and increase awareness, including with media. We are creating a new webpage to help explain access to medicines through private insurance system which will be available on our website in the coming days. We plan to also develop a toolkit available to help you advocate to your insurers.

The Trikafta Today briefings will continue weekly until after the final recommendation from CADTH has been released. Join us on Wednesdays at 1pm EST to hear the latest advocacy news, share insights with other advocates and ask your burning questions. Register today.

If you missed the last briefing, you can watch a recording here.

Cystic Fibrosis Canada and the team of BC advocates recently had the opportunity to meet with both the NDP caucus and the Liberal caucus. BC advocates and CF Canada presented on the importance of moving to fund Trikafta for 6-11 as quickly as the province moved to fund for 12 + and asked MLAs to take actions to gain support for broad access to Trikafta for those who are 6+.

The Minister of Health, Hon. Audrey Gordon, Opposition Health Critic, Uzoma Asagwara , and MLA Jon Gerrard all stood up in the Manitoba Legislature on May 16, 2022 to deliver statements in support of Cystic Fibrosis Awareness Month.

The Walk to Make Cystic Fibrosis History was leveraged by the advocate team as an opportunity to push for access to Trikafta with over 100 postcards signed by people attending the Winnipeg Walk, which will now be sent to each person’s MLA. Federal MP Marty Morantz also attended the Manitoba Walk.

Cystic Fibrosis Canada advocates from across Ontario have spoken to candidates from all parties and are leading in our #FurtherTogether Meeting Challenge. Advocate Rob McCarthy from Sudbury, recently shared that he met with several candidates in both Sudbury-area ridings, Nickel Belt and Sudbury. This will be incredibly helpful in developing and stewarding relationships with MPPs in the Sudbury region and advocating for access to cystic fibrosis treatments.

The Ontario election was held yesterday, June 2, 2022. The Progressive Conservative Party have won another majority government with the New Democrats remaining the official opposition. This results give us an opportunity to build on our existing relationships and to create new ones. We will be meeting with MPPs when Queens Park sits again to ensure drug access system reform is on the agenda.

Advocates in Nova Scotia have reached out to the Minister of Health, Health critics and other key influencers in the Legislature about the need to provide broad access to Trikafta immediately following the final CADTH recommendation.

On April 14, 2022, the Patented Medicine Prices Review Board (PMPRB) announced that the suggested changes to their guidelines will not be going forward as proposed. Cystic Fibrosis Canada and the CF community had long opposed the changes to the guidelines, put forward by the PMPRB, for their potential to discourage new and innovative drugs from being brought to Canada.

However, just a week later the PMPRB announced that they will launch consultations to contemplate a new set of guidelines to ensure consistency with the regulatory framework set that will take force on July 1, 2022. The major revisions planned were ruled unconstitutional by the Quebec Superior Court, which means that, short of a change in the countries that Canada compares itself to for drug pricing, the PMPRB will not have any guidelines to apply on July 1st.

Cystic Fibrosis Canada is monitoring this situation closely and is cautiously optimistic the changes that will go forward will help to lower drug prices without making it even harder to access desperately needed medicines.

Pharmacare is getting closer

As we reported in the previous edition of The Advocacy Brief, the federal government has announced that it will progress national Pharmacare in 2022. Commitments were made for Pharmacare in the Federal budget released in April, but unfortunately not for a rare disease strategy. We continue to wait for more details on how a national Pharmacare program and a national drug formulary will be implemented and what it could mean for Canadians with CF. We also continue to participate in consultations and apply pressure to expedite Canada’s rare disease strategy.

“I believe that no one should have to suffer and live the way I have lived, when there are modulator drugs out there that could help. It shouldn’t be a question of “who’s the sickest”. It pains me to know that some people can’t have access to drugs because according to insurers, they aren’t “healthy enough” and they must get worse to be eligible. I want everyone to have the right to a drug that gives us a new will to live and not simply survive between periods of antibiotics. I think that as soon as the disease is diagnosed, the ultimate goal should be to keep us healthy as long as possible.”