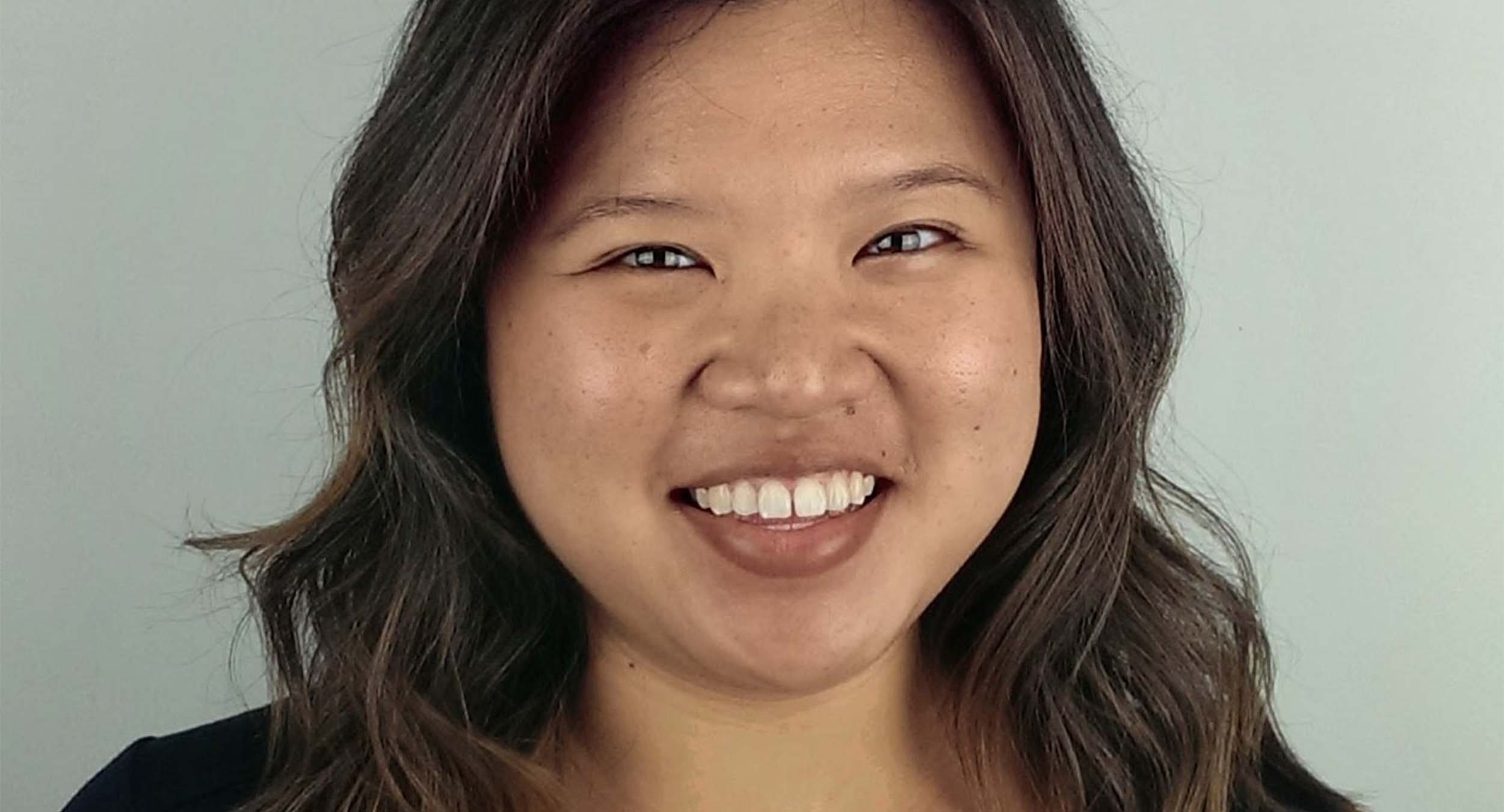 As one of the most complete databases in the world for people living with cystic fibrosis (CF), the Canadian Cystic Fibrosis Registry houses vital information that can be used to discover and monitor health trends, understand disease patterns and care of patients, shed light on new challenges, and inform the future of this disease.

But what exactly does this 40-year-old resource tell us about Canadians who are living with CF? And how is that information used?

Stephanie Cheng, Director of the Canadian Cystic Fibrosis Registry   gave us a look inside the CF Registry and its impact on a national and international scale.

So, what is the Canadian Cystic Fibrosis Registry?

The Canadian CF Registry is a national database of people in Canada living with cystic fibrosis. Anyone who is seen at a CF clinic in Canada can choose to participate in the CF Registry. The information is entered into a secure web-based platform by the CF clinics, and the database is managed by Cystic Fibrosis Canada. The CF Registry has been ongoing for decades (since the early 1970s). It is one of the most complete and longest running CF registries in the world, and captures information on clinical measurements, treatments, hospitalizations, respiratory infections, genotype, and transplants.

How does the Registry grow and develop over time?

From a database standpoint, the CF Registry has taken on a number of different formats since its inception, but in 2015 it was migrated to what we know as the CF Registry today.

What is the CF Registry data used for?

On average, we receive 60-70 requests each year, and the types of requests tend to change over time.

During the height of Trikafta approvals in 2021, most of our requests were coming from within Cystic Fibrosis Canada from our Advocacy, Communications and Fund Development teams, looking for summary data on Trikafta eligibility.

We also receive requests from the CF clinics themselves. For example, the CF Registry team can help clinics determine which of the people followed at their clinics might be eligible for specific clinical trials, and once it was Health Canada approved, who would be eligible for Trikafta.

For researchers who are interested in using CF Registry data, there is a fairly rigorous data request process. Generally, researchers need individual-level data for the purposes of doing research, so they need very granular data. To request that type of data, they first complete an application form, that describes their project, details what the data is being used for and the significance of this project to the wider community. All projects must be approved by an institutional research ethics board and reviewed internally by our panel of experts in CF research, before any anonymized data is released.

Data from the CF Registry is summarized to produce an Annual Data Report each year.

What are some interesting facts about the Registry people might not know?

The fact that the Canadian CF Registry encompasses almost EVERYONE living with CF in Canada – is very rare in the chronic disease world. There are some chronic diseases in Canada that affect a much larger population, but there aren’t necessarily specialized clinics dedicated to their care. So, by having specialized CF clinics spread out across the country, and by capturing the data from these clinics, we have a much better census of how many people in Canada live with this disease.

Additionally, we have decades of information going back to the 70s. Again, quite rare as most CF registries across the globe don’t have that length of historical data. Our data is also quite granular in the sense that, especially from 2015 onwards, we capture data from nearly all clinic visits, including height, weight, lung function, respiratory infections, hospitalizations, and more. This level of detail is not only important for the CF care team to assess the trajectory of someone’s health, but it is also crucial for conducting CF research.

Can you talk about how you work with international CF registries?

We are fortunate to have specialized CF clinics in Canada as they are the keystone to the CF Registry. In fact, many countries that have a similar care model, also have their own CF Registries, including the United States, Australia, New Zealand, South Africa. Most countries in Europe also participate in the European CF Society Patient Registry, either through their own national registries or through individual CF clinics or hospitals. We’re quite a united group and collaborate when there is an opportunity.

A prime example of how closely connected we are, was during the height of the COVID-19 pandemic. A group of national CF registries met for the first time about COVID-19 in mid-March of 2020 (shortly after it was declared a global pandemic). We knew that this emerging respiratory infection might be of particular concern in the CF community and we asked one another how we can better monitor the situation. First and foremost, we understood the importance of capturing timely and standardized information. Most CF registries (including ours) already capture information on infections (ex. Pseudomonas aeruginosa) and hospitalizations (ex. pulmonary exacerbations), so we were able to pivot existing fields in our registries to capture information on COVID-19 infections and outcomes. Together, we published a number of academic papers, reporting on the risk of being hospitalized or the risk for severe disease, if you’re someone with CF who gets COVID-19. Our latest research will be studying the mid-to-long term clinical outcomes following COVID-19 infection.

In addition to research collaboration, we are also working to provide resources and to help countries that may not have established registries, to start their own. This includes work on standardizing definitions and identifying a minimal dataset that should be included in any CF registry.

What information might not have been known without the CF Registry?

In fact, when the Canadian Agency for Drugs and Technologies in Health (CADTH) recommended limiting access to Trikafta to only individuals with a lung function below 90%, because we also collect information on things such as lung function, we were able to tell each jurisdiction how exactly many people would become ineligible if they implemented the 90% criterion.

Any thoughts about the CF Registry in the future?

The future is bright! Right now, the CF Registry is a clinical registry where data is inputted by the CF clinics, but what we would love to do is bring that lived experience into the CF Registry. We’ve been piloting a project called the Canadian CF Registry Patient Portal that allows people to view their own data in the CF Registry. We would love, if in the future, that Patient Portal can be expanded to allow people to do more than look at the data from their quarterly clinic visits, like giving people the option and ability to enter data into the Patient Portal. For example, people can now measure their lung functions at home with a handheld spirometer device, but where is that data going? It would be great if people could input that data into the CF Registry whenever they wanted to, and be able to share that with their clinics.

Overall, the Canadian CF Registry is a well-established resource and clinical research tool, but the sky’s the limit on what we can do in the future! I believe there is still so much untapped potential and that we can make great strides by working with the community to better understand how we can make this tool work even better for people living with cystic fibrosis.

Give to support the Registry today and help us go further. 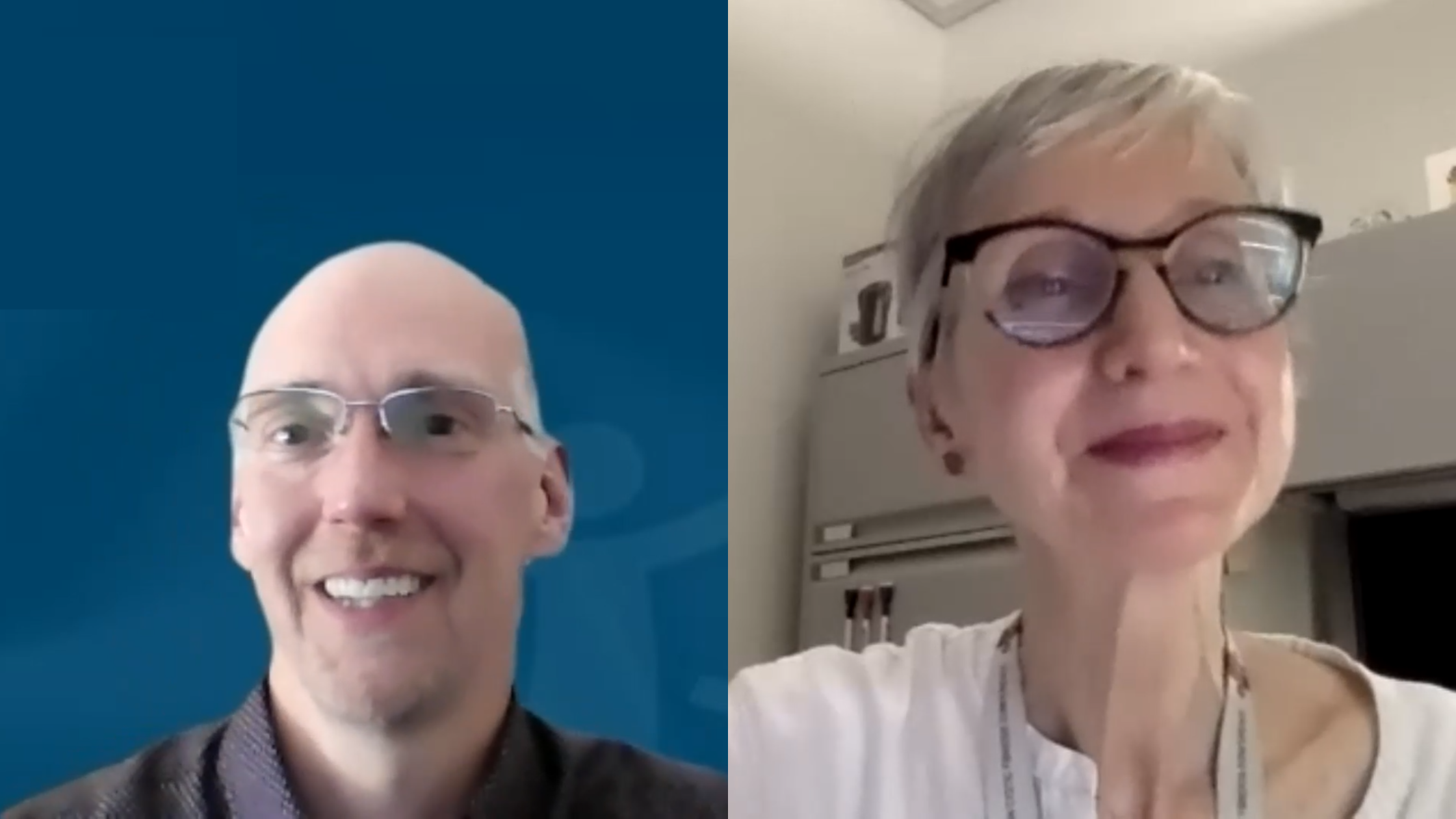 Can a person’s nasal cells tell us whether they should take Trikafta?

Participants in this week’s Cathleen Morrison Research Impact Award Lecture with Dr. Christine Bear were treated to a fascinating look into how donated nasal cells may be used to predict... 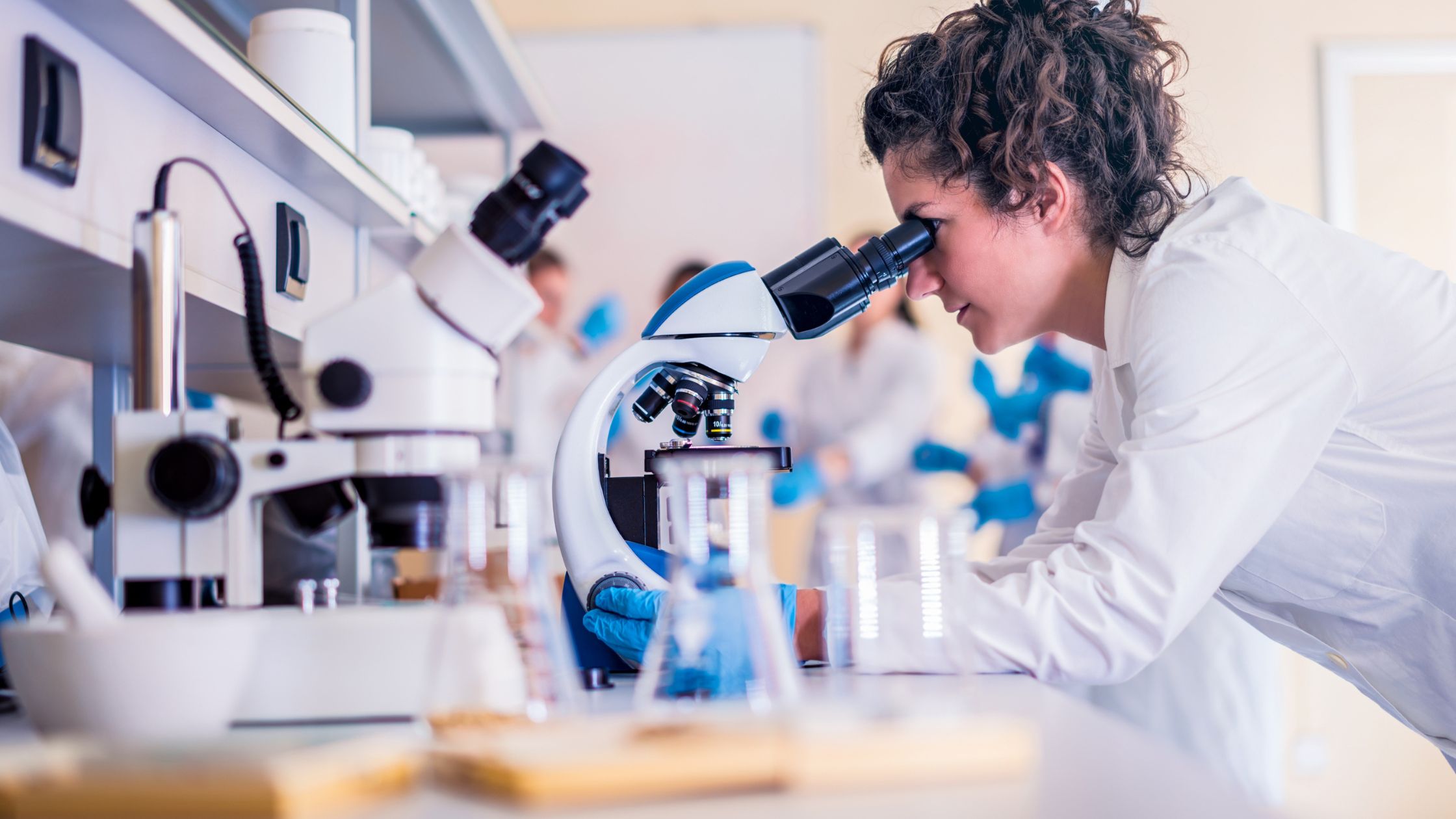 Cystic Fibrosis Canada is well-known for funding impactful research, including the discovery of the cystic fibrosis gene and many other important advances. We’ve invested more than $200 million in cystic... 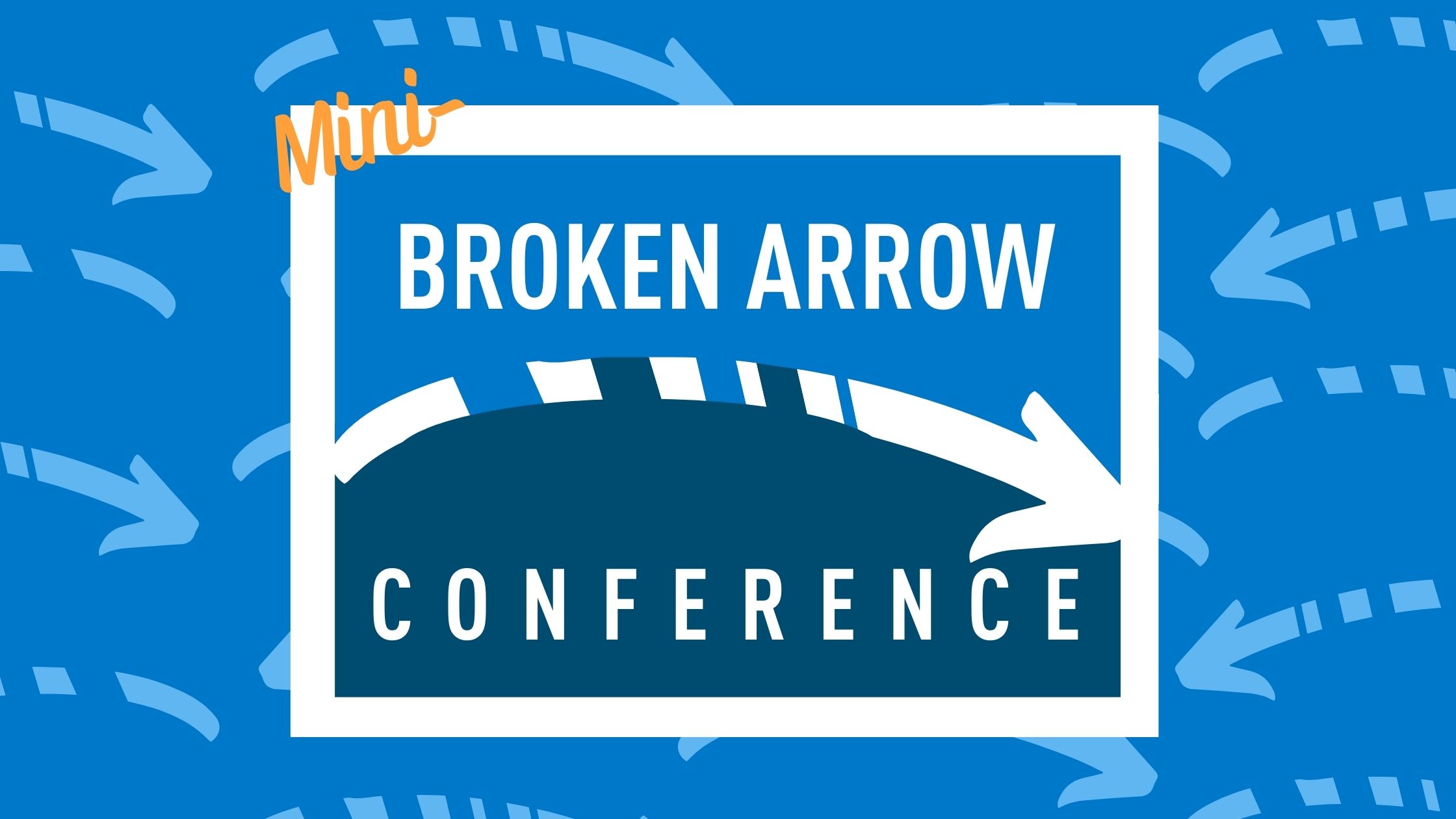