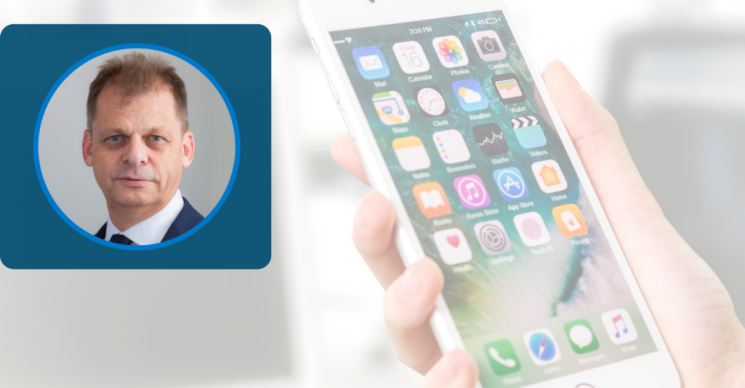 1.What is the CLIMB-CF study?

The CLIMB-CF study was motivated by a desire to see if technology could be used to reduce the burden of care in CF. In the study, we examined if home monitoring of certain clinical parameters was possible for people with cystic fibrosis aged 2-17, this was significant as the teen years are an especially challenging period of transition for people with CF. Including patients in both Canada and the UK helped to remove regional biases and raise the profile and importance of the study. CLIMB-CF began long before we knew about the COVID-19 pandemic, but the pandemic has since raised the profile of virtual monitoring and clinic visits and the study results became more pertinent.

2. What were participants asked to do?

Participants were asked to track several key health markers through a mobile phone app. The app also connected to devices that could take readings which included physical activity, weight and lung function and oxygen levels. These readings were typically tracked daily or twice per week. Participants also answered a series of questions including quality of life, mood, appetite, sleep, temperature, amount of sputum, among others.

3. How did the partnership with the UK Trust for this study come to be?

Even before joining CF Canada, I’d been intrigued by the use of Bluetooth devices to monitor the health of patients and interested in the potential of home monitoring for predicting exacerbations. In 2015 I was speaking with Dr. Janet Allen at the CF Trust who mentioned they had wrapped up a study on adults and home monitoring and were just about to begin the pediatrics study. We reached out to our community to see if there was interest in participating, and clinicians April Price in London, ON and Dan Hughes in Halifax, NS jumped at the opportunity. We could not have done it without them. And so, quickly, it became an international study looking at Canadian and UK youth with cystic fibrosis.

4. What can we learn from the results of the Climb-CF study?

One of the concerns going into it, anecdotally, was that frequent monitoring could increase anxiety levels, as parents or caregivers are not necessarily equipped to handle the natural fluctuations in lung function over time. There were concerns that too much information might be a bad thing. We learned that the mental health of both patients and their parents was not impacted by home monitoring and that for the most part, home monitoring wasn’t deemed to be overly burdensome and didn’t interfere with other activities.

We did monitor a rapid drop in participation in youth aged 12-17. We also found that the readings that were asked twice per week were adhered to better than those that were asked to be tracked daily. Not surprisingly, the things that required the most activity were most poorly adhered to.

5. Do you think home monitoring will become part of routine CF care?

Yes, for several reasons, some people will benefit from the rich information. They’ll incorporate it into their lives and it will help them understand their disease and advocate for their health. Some may do it because it could help them avoid a clinic visit. There may be a time where if they can show they are stable over three months, maybe it’s a virtual or skipped clinic day. As we get better at analyzing the information and using the data to make clinical decisions, that will impact home monitoring as it will become incorporated into actual clinic use. It will be the patients and clinicians asking for it, but we aren’t there yet.

6. What might someone living with CF or a caregiver take from this study?

While home monitoring seems to be well tolerated, and doesn’t negatively impact anxiety or depression, we need to do more work about better integrating it into routine activities before more home monitoring can become standard.

We are excited to once again collaborate with the CF Trust on a new study called Project Breathe, which will examine the potential of home monitoring and virtual clinics and develop computer algorithms in predicting pulmonary exacerbations in adults with CF. We are working with St. Michael’s Hospital in Toronto on this project and plan to begin the study in the coming months.

To read the full CLIMB-CF study in the Journal of Cystic Fibrosis, please go to: https://authors.elsevier.com/c/1dtZa5aosm75-R

Thank you to our donors, whose generosity helped to make this and other research possible.