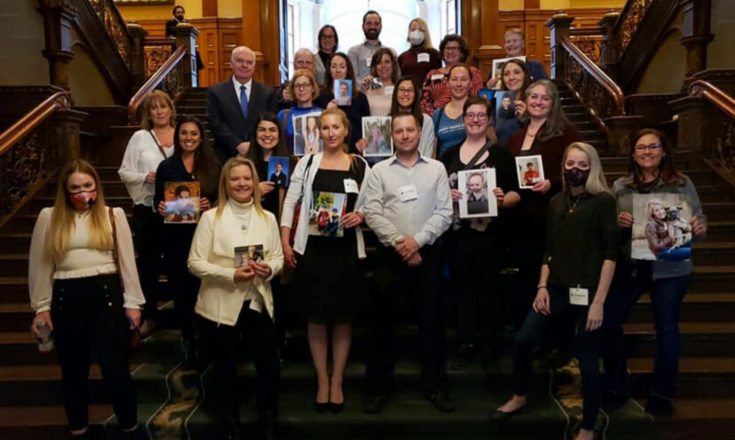 On Friday 14 February, Cystic Fibrosis Canada made a formal submission to the PMPRB calling on the federal government to halt the implementation of regulatory changes, putting access to life-changing CF drugs, like Trikafta, at risk.

We also shared key messages and a letter template for members of our community to do the same. More than 800 people downloaded the materials –an overwhelming response. Thank you. Recently, the PMPRB noted that the changes proposed were only draft in nature and that stakeholder input was being considered.

On Monday 2 March, Kelly Grover (CEO), John Wallenburg (Chief Scientific Officer) and Kim Steele (Director, Government and Community Relations) from Cystic Fibrosis Canada will be meeting with senior leadership of the PMPRB to share how the proposed changes to the PMPRB will negatively impact access to Trikafta for people living with cystic fibrosis and to push them to halt the changes.

On Wednesday 26 February, Kelly joined the CF Treatment Society, CF GET LOUD Canada and others from the CF community to call on the Ontario government to negotiate a deal with Vertex for the modulators. Thanks to MPP Jim Wilson for his support and all of the organizers for putting together such an impactful day.

CORD (the Canadian Organization for Rare Disorders) is holding a rally at Parliament Hill on 10th March to stop regulatory changes blocking access to drugs like Trikafta.

On March 25, CF GET LOUD Canada will be holding rallies in Ontario and Nova Scotia. More may be in the works. Check out their Facebook group for more info.

Did you see our recent advocacy posts?