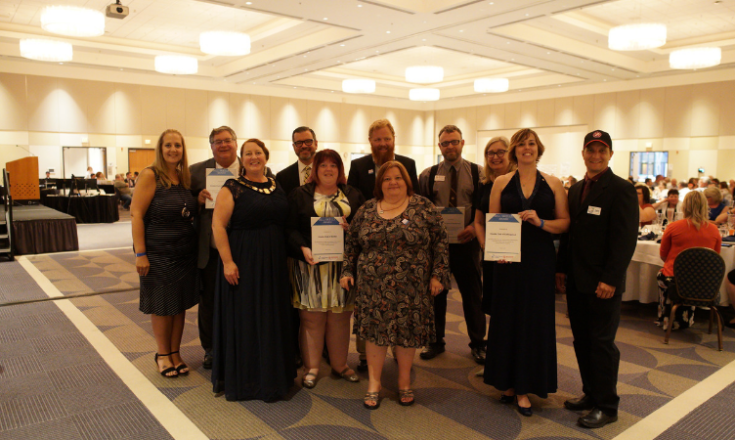 Kin Canada is Cystic Fibrosis Canada’s longest standing partner whose continued commitment has made a difference in the lives of Canadians with cystic fibrosis. Since the start of the partnership 55 years ago, there have been many exciting advancements in the life expectancy of Canadians living with cystic fibrosis and groundbreaking research that led to the discovery of the CF gene. These milestones would not have been possible without the dedicated and unwavering support from Kinsmen and Kinettes around the country.

Fifty-five years of kinship started from a wonderful chance conversation between Dr. Crozier, at the Hospital for Sick Children, and Kin, Bill Skelly. In 1964, the very first Kin CF fundraiser was held in Kin Canada’s District 8 starting the relationship, “Together for Life” between the two organizations.  Eventually, this partnership was cemented by Kin, Ian F. McClure, who dedicated more than 20 years to making Cystic Fibrosis Canada Kin Canada’s National Service Project in 1987.

On August 23rd, at the Kin Canada National Convention in Nanaimo, BC, Kin Canada recognized some very well deserved award recipients who continue to raise funds and create awareness to end CF.

The Bill Skelly Award is an annual program that recognizes outstanding Kin Canada events that raise funds and awareness for Cystic Fibrosis Canada.

Congratulations and thank you to all the award recipients.

As a tribute to Ian’s outstanding commitment and dedication, Cystic Fibrosis Canada introduced the prestigious Ian F. McClure Award at Kin Canada’s National Convention in 2014 during the 50-year milestone for the partnership. This year’s recipient, Bill Roskar, was announced in Nanaimo during Kin Canada’s National Convention in August. Bill was recognized for his over 30 years of being an excellent and exemplary volunteer and all his creativity and signature events. He formed the now infamous “CF information night” that raises awareness about CF and funds at the same time.  This year, Bill is once again a Service Director and is working on a new initiative, a “Beer Fundraiser” in partnership with Wasaga Beach Brewing Company in support of Cystic Fibrosis Canada where both Kin Canada and Cystic Fibrosis Canada logos are on a beer “Kin Can” sold throughout events in Ontario. Bill has a unique talent as an auctioneer that he uses enthusiastically during meetings, events and conventions. Recently, he has been active on social media in support of the CF Canada and Kin partnership.

Congratulations Bill and thank you for everything you do in the fight to make CF history! 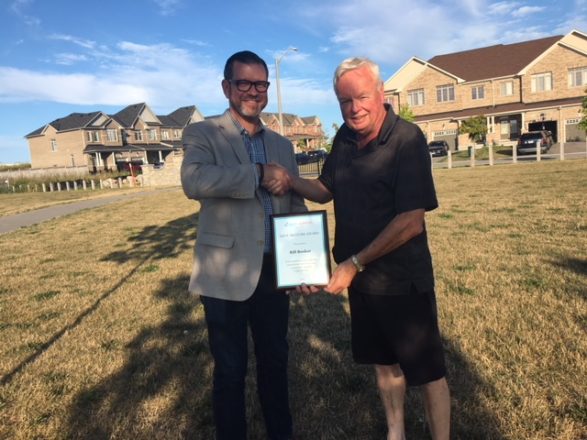