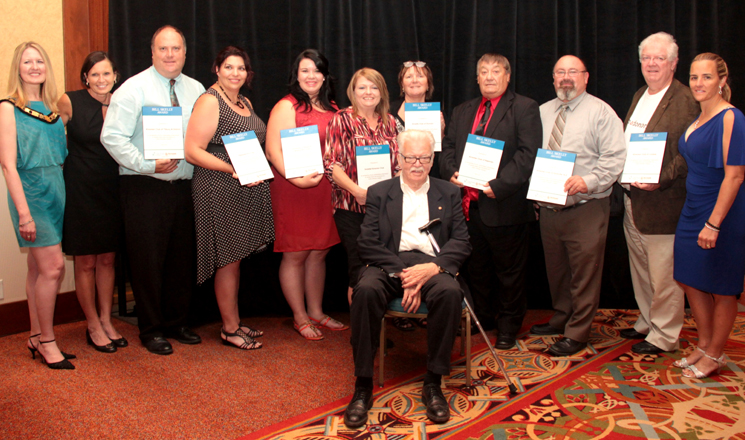 “Kin”gratulations to the 2016 Bill Skelly and Ian F. McClure awardees

Kin Canada is Cystic Fibrosis Canada’s longest standing partner whose continued commitment has made a difference in the lives of Canadians with cystic fibrosis (CF). Since the start of the partnership 52 years ago, there have been many exciting advancements in the quality of life for Canadians living with cystic fibrosis and groundbreaking research that led to the discovery of the CF gene. These milestones would not have been possible without the dedicated and unwavering support from Kinsmen and Kinettes around the country.

Today, Kin Canada remains Cystic Fibrosis Canada’s loyal partner as they continue to raise awareness and funds in support of crucial CF research and care. To learn more about our partnership with Kin Canada, click here.

As a tribute to Ian’s outstanding commitment and dedication, Cystic Fibrosis Canada introduced the prestigious Ian F. McClure Award at Kin Canada’s National Convention in 2014, during the 50-year milestone for the partnership. This year’s winner, Mike Croghan, was announced in Edmonton during Kin Canada’s National Convention in August. Mike was recognized for his exceptional skills in coordinating and motivating groups of donors and volunteers participating in fundraising projects supporting Cystic Fibrosis Canada and Canadians living with cystic fibrosis.

Congratulations Mike and thank you for everything you do every day in the fight to END CF!

The Bill Skelly Award is an annual program that recognizes outstanding Kin Canada events that raise funds and awareness for Cystic Fibrosis Canada. Kin Bill Skelly was in attendance at the National Convention this year in Edmonton and presented the awards.

Congratulations and thank you to all the award recipients!