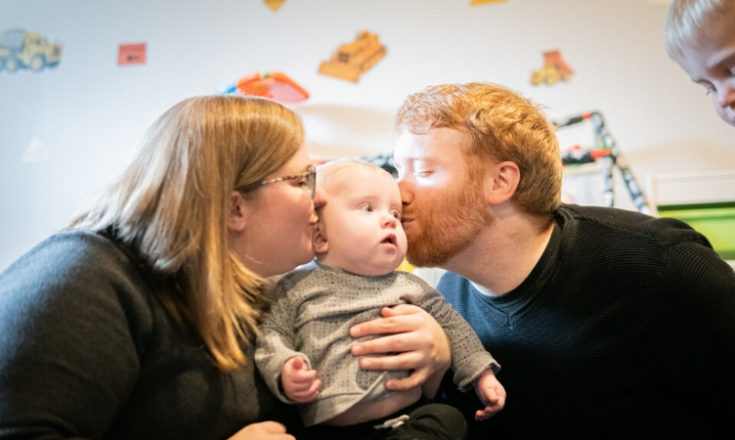 My son, Benjamin, is 9 months old and lives with cystic fibrosis (CF). He was one of the first newborns in Québec to have been diagnosed with CF through newborn screening. At first, I really didn’t understand. How could this be a genetic disease? No one in my family has it, nor does anyone on my wife, Émilie’s side. With all of these questions swirling in my head, I decided to Google cystic fibrosis. The doctors told us not to spend too much time researching this on the internet, but I couldn’t help it.

The first thing we saw was that it’s a fatal disease. There were tons of stories about people living with CF. What I find kind of sad is that often, it’s the really unhappy stories that you see first. You don’t see too many stories about people who are 50 years old and doing fine. Instead, you see stories about young adults who are on waiting lists for lung transplants. Initially, when we didn’t know much about the disease; this was one of the scariest moments. 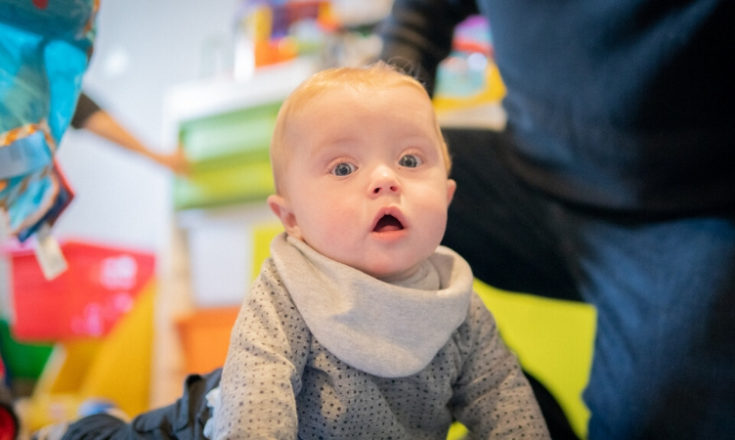 About 60 years ago, the life expectancy for a child with CF was about four years old, and now we are up to around 52 years old. I think that is encouraging. Today, with all the research and the advances, we soon realized that Benjamin was lucky to have been diagnosed so early.

We are very fortunate to have such an amazing support system when it comes to Benjamin and his big brother, Félix who is two and a half years old. My mother, mother-in-law, and my Émilie’s aunt all help the best they can. We’re really lucky that we have people around us like that, and that Émilie and I have understanding employers. Benjamin’s treatments take at least two or three hours per day. If we both had to work Monday through Friday, this wouldn’t even be possible. We know that it is harder because he’s a baby, but we hope that as he gets older, it will get easier. 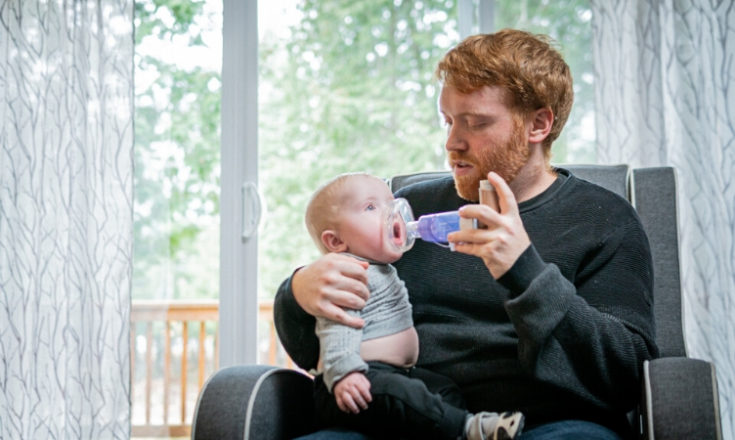 As we approach the holiday season and the New Year, my only wish is to hear Benjamin breathe easily. Research is advancing, but I can only hope that his condition will improve and that a cure is found. Right now there’s Orkambi, which is a medication that seems to stabilize the disease. These types of drugs are ultra-expensive, which is why there are petitions for public drug coverage. It’s really encouraging that there are a number of medications coming in the pipeline. I tell myself that Benjamin is still very young. Perhaps in 10 years, the life expectancy will go from 52 years to 65 years, and the drugs will be more accessible. We have a reason to be hopeful.

Recently, my family and I had a garage sale to benefit Cystic Fibrosis Canada. We wanted to be able to raise money to put towards research. We expected to make $500, but ended up making $3,800. We realized how generous people are, and it gives me hope. There are plenty of people who came by and didn’t buy anything but donated money anyway once they heard our story. The more people understand what CF is and the impact it has, the more they will want to get involved.

For me, the best way to support the community is to talk about CF and create awareness. We made a Facebook page for Benjamin called Benjamin’s Every Day. It is our way to show people what everyday life is like for our family. When things are going well, we share that. When they aren’t, we share that too. We want to be transparent in our experiences raising a child with CF. 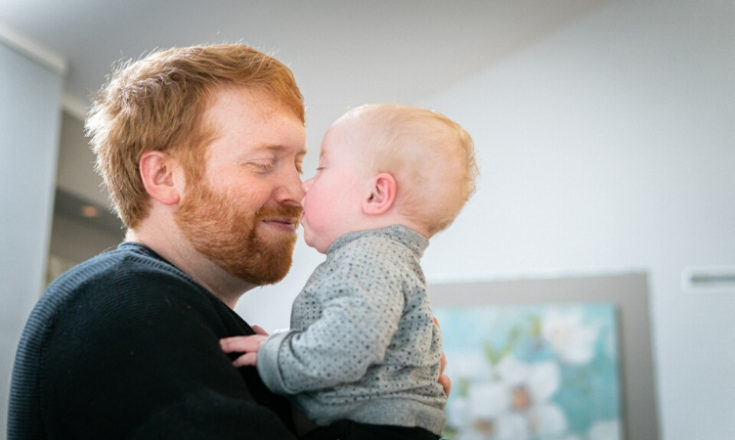 I haven’t decided how I’m going to explain Benjamin’s disease to him when he gets older. It’s not that I am afraid to, but I don’t want him to feel that his life is impeded upon because of CF. I hope that he will sign up for hockey, and that he’ll be really active. I don’t want him to feel limited in what he can or cannot do because of this disease. There are some great stories of people who have cystic fibrosis and are leading active and rewarding lives. Whatever it is that he wants to do, I’ll encourage him to give it his all.

Donations from people like you have made possible critical advancements in CF research, advocacy and care. As well as; the discovery of the CF-causing CFTR gene, newborn screening across Canada for early detection of the disease in infants, and the development of CF gene modulating drugs.