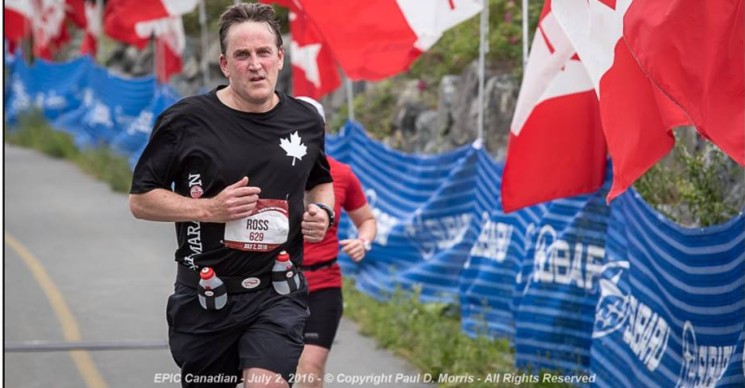 Meet Ross Drake, of Dartmouth, Nova Scotia. Ross is the father of three sons, two of which live with cystic fibrosis (CF). Ross has dedicated himself to the fight against CF through his fundraising efforts as well as his position on the board of directors of Cystic Fibrosis Canada.

“If you have a problem, you want to tackle it with a sledge hammer, not a flyswatter,” says Ross. With two of his three sons diagnosed with CF, Ross invests any spare time he has to fundraise, volunteer and help raise awareness to find a cure for CF. Ross’ largest donations to Cystic Fibrosis Canada stem from his fundraising for events, one of which is with Team Epic. Ross participated in the full Bluenose Marathon in May, the 102 km GearUp4CF PEI Perimeter Ride in June as well as Epic Dartmouth’s 5km swim and half marathon in July. One of his sons, Ryan, participates in the half marathon portion of Epic alongside him. Each year he raises approximately $30,000 for Cystic Fibrosis Canada. 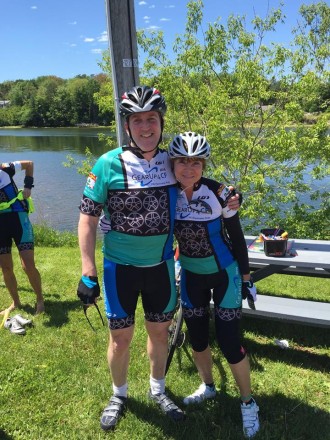 “I’ve seen the impact this organization has on a lot of people and I want to raise money to continue to fund the research we need to be supporting. We need to keep going because this actually helps those living with CF – it impacts their day-to-day life. When my kids were diagnosed we were told the median age of survival was only 37 and it’s now 51.8 – we’ve made huge progress but we still have a ways to go,” says Ross.

He says he’s fighting a race – he wants to find a cure or control for CF while his kids are still healthy. “When you feel like you’re getting closer to the finish line you really want to speed up to finish strong – you do this with more money. We need to keep going. Every dollar helps.”