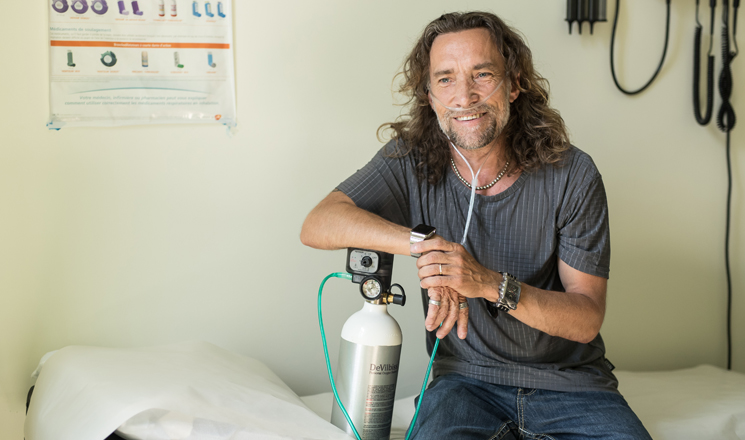 A study by Dr. Anne Stephenson of St. Michael’s Hospital published today in the Annals of Internal Medicine found that Canadians with cystic fibrosis are living on average, 10 years longer than their U.S. counterparts.

The study, which was funded by the Cystic Fibrosis Foundation, is based on data in the Canadian Cystic Fibrosis Registry and the U.S. Cystic Fibrosis Registry from 1990 to 2013. Dr. Stephenson found that when specifically comparing the last five years (2009-2013) there was a difference of 10 years in the lifespan of Canadians and Americans with cystic fibrosis. Using Registry data from 2009 to 2013, the median age of survival for Canadians with CF was 50.9 compared to 40.6 in the U.S.

The goal of the study done by Dr. Stephenson and colleagues was to understand if there is a difference in the lifespan of Canadians and Americans with CF; it was not designed to find out why the difference exists. As such, there is no definitive reason for the survival gap, however, evidence suggests that Canada’s implementation of the high fat diet with the goal of normal growth and nutrition from an early age may be playing a role. This approach to nutrition was implemented in Canada in the 1970s compared compared to the 1980s in the U.S.. Other contributing factors identified in the study include lung transplantation and differences in our health care systems.

While over time there have been dramatic increases in CF survival in Canada (and the U.S.), there is still so much work to be done for Canadians with cystic fibrosis. Each year, there are still young Canadians dying or needing a lung  transplant because of progressive lung damage – according to the most recent data of Canadian patients who lost their battle to cystic fibrosis, half were under 32 years of age.

The fight against cystic fibrosis is a global one. We will continue to look to our neighbours in the U.S. and across the globe to share each other’s knowledge and leverage resources and expertise that we can implement within our Canadian CF community and worldwide. For example, the Cystic Fibrosis Foundation (CF Foundation) was instrumental in the development of the first drugs that target the basic defect (ivacaftor), and continues to support a rich pipeline of therapeutics. Cystic Fibrosis Canada followed the CF Foundation’s lead and started the Canadian Cystic Fibrosis Registry in the early 1970s (modelled after the U.S. Cystic Fibrosis Registry) so that we can better understand the population as a whole. Both the Canadian and U.S. Registries gather data on consented CF patients who receive care in accredited care centres and clinics, allowing for a comprehensive picture of the CF population in both countries. We will continue to collaborate with the CF Foundation and our partners around the globe to share knowledge and research that will help us achieve the ultimate goal: to ENDCF!

Highlights of the study include: