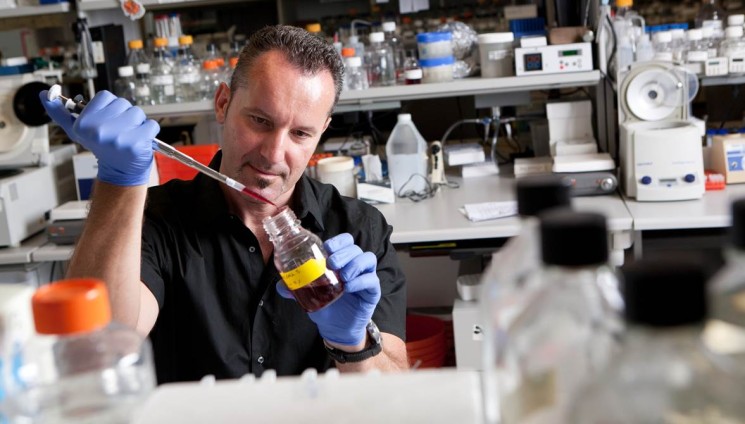 Understanding How Other Proteins in the Body Interact with CFTR

Cystic Fibrosis Canada-funded researcher Dr. Igor Stagljar is part of a team doing ground-breaking research that could lead to new drug targets to treat cystic fibrosis (CF). CF is caused by a gene that produces defective cystic fibrosis transmembrane conductance regulator (CFTR) proteins, which are proteins in the cell membrane that move chloride and bicarbonate ions in and out of the cell. CFTR proteins interact with other proteins in the body, which can affect the severity of CF; however most of these protein interactions are not yet known. Dr. Stagljar’s team aims to change that.

How did they test for protein interactions?

Dr. Stagljar’s team developed a screening technique (the Mammalian Membrane Two-Hybrid (MaMTH) method) to identify proteins that interact with CFTR. MaMTH involves tagging two proteins of interest so that light is produced when they interact; this light can then be measured to determine the strength of the interaction.

Identifying other proteins that interact with CFTR is important because particular protein interactions may improve CFTR function and also help move it to the cell membrane, which is where it needs to be in order to be useful.

So far, Dr. Stagljar’s team has identified approximately 200 proteins that have a high chance of interacting with CFTR, in addition to identifying one particular protein that improves CFTR function. Their work, which involves screening for interactions between CFTR proteins and over 18,000 other human proteins, will build the most comprehensive map of CFTR interactions to date. This will allow researchers to explore new avenues of research, and increase their understanding of protein interactions, both within the CF community and the scientific community as a whole. In addition, their work will identify new possible targets for CF drug development. 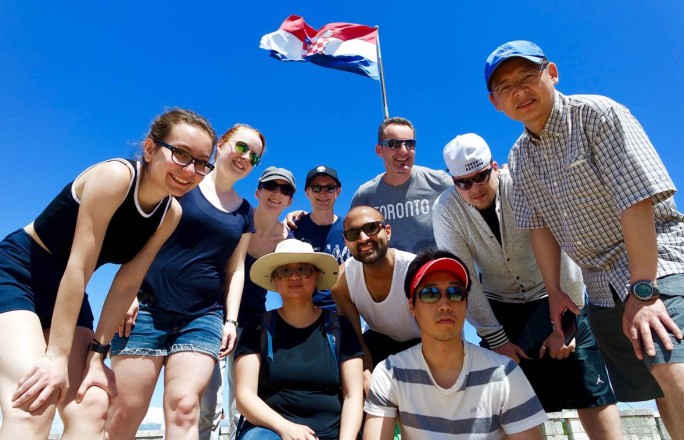 Dr. Stagljar and his team on retreat in Croatia

Igor Stagljar is a Professor in the Departments of Biochemistry and Molecular Genetics at the Donnelly Centre in the University of Toronto, Canada. He received his Ph.D. in Molecular Biology from ETH Zurich in Switzerland. His postdoctoral fellowship was at the University of Zurich as well as the University of Washington in Seattle. Dr. Stagljar’s most significant scientific achievements to date include uncovering the functions of various membrane proteins involved in human health and disease. His lab uses high-throughput interactive proteomics, genetic, and biochemical tools to understand how cell signaling and membrane transport pathways control cell behavior in normal and disease cells. Igor is the recipient of several national and international science awards, his most recent being the 2015 University of Toronto Inventor of the Year Award.