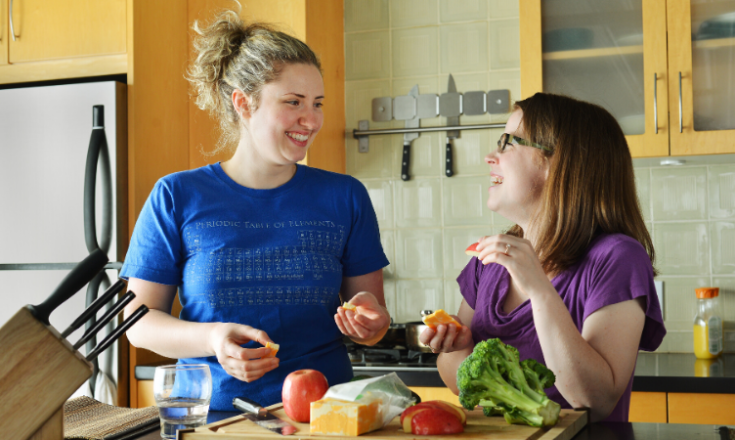 November 14th is World Diabetes Day. According to the 2017 Canadian CF registry, about 22.4% of people living with CF also have CF-related diabetes (CFRD). We wanted to hear from our community about their experiences living with CFRD.

Here’s what a few people had to say:

“When I was first diagnosed with CFRD, I had a hard time believing it was true. Previously, I had no issues related to my blood sugar, so trying to wrap my head around the idea that I had an entirely new condition on top of CF was tough. I was embarrassed to check my sugar and give myself insulin at school. It just seemed like another reason for me to stick out even more than CF ever did. As I’ve gotten older, I’ve learned to better manage both diseases. They both require time and commitment, which is something I’ve slowly become better at as I get older.

I would tell someone newly diagnosed with CFRD to take it seriously. The way one disease is treated truly does impact the other. I have learned through trial and error that if my diabetes is under good control, then my CF is better controlled as well. Make your health (no matter how much juggling that takes) your biggest priority.” – Meaghan Addante

“My diagnosis came last month. It’s still really difficult to process it. I had two pregnancies with gestational diabetes which I managed with my diet, and I hated every second of it. Living with poking myself four times a day, insulin and low/high blood sugars – it’s challenging. The hardest part was explaining to my 6 year old about what to do if I were to collapse from low blood sugars.

I have no advice on how to handle it successfully as it’s been just over a month and I’m still learning. I know I can do this, but it just adds another six things to my already busy health routine. I set timers on my phone, try to count carbs as best as I can and follow suggestions from the endocrinology team.” – Rebecca Harder

“I was diagnosed with CFRD when I was 17 years old. I showed the classic diabetes symptoms including cloudy vision, extreme thirst, frequent urination, weight loss, and fatigue. Overall I felt pretty awful. After a few days of persistent symptoms, I made a trip to the ER where I was quickly referred to the diabetes team and was diagnosed with CFRD.

Diabetes is something that I struggle with the most. Type 1 diabetes definitely has its complexities and difficulties, but when you have CF-related diabetes, the management of blood sugar levels becomes even more challenging. With CFRD, you’re battling so many things that are often impossible to control which are caused by CF, such as slow nutritional absorption, and lung infections.

People with CF also often have to take medications that affect blood sugar levels like Prednisone or other Corticosteroids as a way to manage inflammation. These can cause major disruptions in your sugar levels. Also, I find it difficult trying to figure out why my sugar levels may be off, despite sticking to a routine exercise and meal plan which can be very frustrating. Luckily, there are now so many options for managing diabetes especially when using an insulin pump paired with a continuous blood glucose monitoring system. Although it’s not the same as having a functional pancreas, technology in diabetes management is getting much better, allowing patients with CFRD more flexibility and control over their sugar levels.” – Kim Wood

“I was actually shocked the day I was told that I had CFRD because I was always told by my clinic dietician that they ‘would see it coming’ and that I would be able to adjust my lifestyle to possibly avoid it or at least delay its arrival. That did not happen at all. I went to clinic one day after a glucose test and was told that I had CFRD. The diagnosis was pretty disheartening because of what I was previously told.

My personal battle with CFRD is a frustrating one to say the least. At first, I was in denial for a long time. Looking back, my wife realized that I had been quite ‘moody’ in the previous year. It was likely because of CFRD. My sugars were likely all over the place and un-checked.

Simply getting used to testing my blood and recording my food intake was a huge learning curve as well as worrying about the effects of everything I was eating. At first, I felt like was being overloaded with information. This was a real stumbling block for me as I had little patience to absorb it all at once. I just wanted to be my normal self.” – Tim Vallillee