July 19, 2016 (Toronto, ON) ― Cystic Fibrosis Canada is disappointed that people with cystic fibrosis (CF) in Canada are going to have to wait even longer to gain access to ORKAMBI™, a potentially life-changing drug.

The Canadian Agency for Drugs and Technologies in Health (CADTH) Canadian Drug Expert Committee (CDEC) has indicated that it will be reconsidering the submission regarding ORKAMBI™ at a future meeting, the date of which is yet to be determined.

CADTH is the independent non-profit organization established by the federal, provincial and territorial governments to evaluate and make recommendations regarding the optimal use of drugs and health technologies in our public healthcare system. CADTH’s scope of work includes evaluating drugs and making recommendations as to whether or not they should be covered by the public drug plans.

ORKAMBI™ is a new medication indicated for people with cystic fibrosis (CF) ages 12 and older who have two copies of the F508del-CFTR mutation. Clinical trials indicate that ORKAMBI™ can improve lung function and reduce the number of pulmonary exacerbations, which can lead to frequent hospitalizations and accelerated lung disease.

“People with CF are going to have to wait even longer to get access to a medicine that has the potential to improve the quality and length of their lives,” said Norma Beauchamp, President and CEO, Cystic Fibrosis Canada.

Cystic Fibrosis Canada is calling for the reconsideration of ORKAMBI™ to happen at the earliest opportunity, which is the next CDEC meeting in September. CF Canada, who made a submission to CADTH’s CDEC regarding ORKAMBI™, is also calling on the CDEC to carefully consider the recommendations for the clinical use of ORKAMBI™ that were developed by Cystic Fibrosis Canada’s CF Physician Panel on lumacaftor/ivacaftor endorsed by 26 CF Clinic Directors across Canada.

“CF is a complex disease. We feel strongly that the advice and opinions of the CF experts who lead Canada’s highly specialized CF clinics need to be carefully considered by the CDEC,” said Beauchamp.

“My daughter was fortunate enough to participate in a clinical trial for ORKAMBI™. We have seen a dramatic improvement in her lung function and a reduction in her infections and illnesses – which is hugely important for people with CF,” said Ron Anderson, the father of a 15-year-old girl living with CF. “We feel ORKAMBI™ has arrested the progression of the disease. We were hopeful that we could plan for the future in a way that we previously couldn’t, this news is certainly a setback.”

“Getting a new medicine to the patients who require it is a long and complicated process. It is imperative that the various bodies involved in the process, including Vertex, be driven by the evidence and patient need, to ensure access to ORKAMBI™ in a manner that serves the needs of patients, as well as protects the long-term sustainability of our public drug plans,” said Megan Parker, Chair of Cystic Fibrosis Canada’s Adult CF Advisory Committee.

Cystic Fibrosis Canada is one of the world’s top three charitable organizations committed to finding a cure for cystic fibrosis and is an internationally-recognized leader in funding CF research, innovation, and clinical care. We invest more funding in life-saving CF research and care than any other non-governmental agency in Canada. Since 1960, Cystic Fibrosis Canada has invested more than $235 million in leading research, care and advocacy, resulting in one of the world’s highest survival rates for Canadians living with cystic fibrosis. For more information, visit cysticfibrosis.ca. 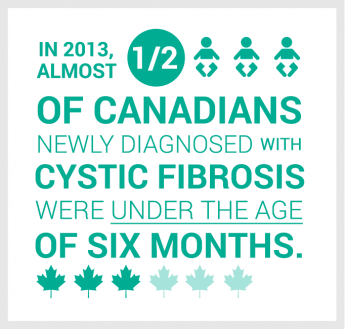