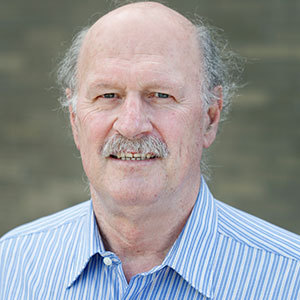 Back to Listing
Developing better treatments for Pseudomonas aeruginosa

Q & A with Dr. Robert Hancock

Dr. Robert Hancock is the Killam Professor of Microbiology and Immunology and a Canada Research Chair at the University of British Columbia. He has published more than 700 scientific papers and has received several high-profile awards and honours in recognition of his work, including being appointed as an Officer of the Order of Canada in 2001. Dr. Hancock’s research focuses on understanding and overcoming antibiotic resistance and developing new treatments for difficult-to-treat infections, like Pseudomonas aeruginosa.

How did you become involved in cystic fibrosis research and what do you enjoy most about your work?

I received my first Canadian Cystic Fibrosis Foundation grant in 1979 and I have been almost continually funded by what became Cystic Fibrosis Canada for the past 39 years. This arose out of my demonstration as a postdoc at Berkeley that Pseudomonas aeruginosa, one of the principal pathogens affecting individuals with CF, demonstrated high intrinsic resistance to antibiotics due to the molecular properties of its outermost layer, the outer membrane. In 1987, I joined Cystic Fibrosis Canada’s Medical/Scientific Advisory Committee (MSAC) and from 1990-1993 was the Chair of MSAC, just after the discovery of the major DF508 mutation affecting individuals with CF.

Over the years, I have morphed my research to studying a type of resistance termed adaptive resistance, which is multidrug resistance dependent on the growth circumstance of Pseudomonas including the in vivo (lung) growth environment, Pseudomonas’ growth as biofilms, and its motility across the mucosal surfaces of the lung. I was on the team that solved the genetic (DNA genome) structure of Pseudomonas aeruginosa and now help run the web page that provides a resource for Pseudomonas researchers. I have also been involved in developing new therapies for infections (including immunomodulatory and anti-biofilm treatments) and inflammation, and in understanding the underlying mechanisms driving excessive lung inflammation in CF. What I have enjoyed most about CF research is the strong rationale driving the research (need to contribute to solutions) and my ability over the years to connect to individuals who have this disease, know or are related to people with this disease, and/or treat this disease. This is a community like no other, in my experience.

Your Cystic Fibrosis Canada-supported research is focused on Pseudomonas aeruginosa. What makes this type of infection so difficult to treat?

As we showed decades ago, Pseudomonas is set up to be intrinsically resistant to antibiotics by virtue of its outer membrane structure. We subsequently showed that treating Pseudomonas was made even more difficult by multidrug adaptive resistance that operates in the CF lung. However this is only one side of the puzzle, and as we started to appreciate the devastating inflammatory response triggered in CF patients, we increasingly appreciated the ineffectiveness of the immune response in helping to resolve infections. CF can be thought of as a three pronged disease in which genetics (CFTR mutations and so-called modifier genes), resistant organisms growing in ways that make them even more recalcitrant to treatment, and excessive inflammation, combine to make these infections very difficult to treat.

What are your latest research findings?

We have been developing peptide treatments that address both adaptive resistance (especially multidrug resistance dependent on growth as aggregates termed biofilms in the CF lung) and the excessive inflammatory response. Recently, we created a simple infection model that allows us to screen for optimal activity against chronic infections and inflammation, and have provided this as a tool for other researchers. In particular, we have peptides that combine with conventional antibiotics to resolve very difficult-to-treat infections by Pseudomonas aeruginosa and Staphylococcus aureus, the two most common CF lung pathogens, and shown that they have a beneficial effect on inflammation. We have also started to tease apart the major mechanisms underlying multidrug adaptive antibiotic resistance.

What does this mean for people living with CF?

We hope to raise enough money and commercial interest to get these new treatments into clinical trials in the next 2-3 years.

What are the next steps in your research?

We aim to understand the optimal methods of delivery and formulation for our peptides, and the best combinations of peptide and antibiotic, and start preclinical research. In this we are aided by not only CF Canada funding, but also considerable support from a Canadian Institutes for Health Research Foundation grant. 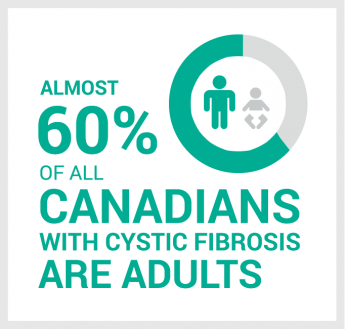