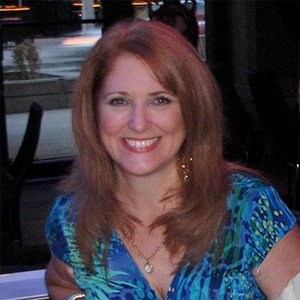 For Anne-Marie Beausoleil, family means everything. A mother of four, this incredible Cystic Fibrosis Canada volunteer stands strong to support each of her children in their own way. When her son Christopher was diagnosed with cystic fibrosis 22 years ago, Anne-Marie made it her mission to find a cure or control for cystic fibrosis, going to incredible lengths to do anything she could to further the fight.

For the past 22 years, Anne-Marie has organized countless fundraising efforts, raising thousands of dollars for Cystic Fibrosis Canada. With the inspiration of her son, Anne-Marie has led a team of supporters and incorporated her entire town of Tilbury into the Beausoleil’s personally coined CF mission–MISSION: POSSIBLE.

A town favourite is Anne-Marie’s annual yard sale which she has been leading for 19 years. Inspired by Christopher’s story and Anne-Marie’s fierce commitment to the cystic fibrosis fight, year after year the entire town rallies behind the Beausoleil family and fills up their local elementary school gymnasium with items for the yard sale. Each year, this annual event raises over $3,000!

After retiring from teaching in 2013, Anne-Marie dedicated even more of her time and energy to volunteering when she became Co-President of the Essex-Kent Chapter of Cystic Fibrosis Canada. A dedicated fundraiser, in the very same meeting that she became Chapter President, she also decided to tackle the challenge of organizing the Chapter’s first Princess Ball. With less than four months to plan the event, Anne-Marie rose to a leadership position, quickly becoming the Chairperson for the event, and raised over $12,000 in the event’s first year!

Under the leadership of Anne-Marie, the Essex-Kent Chapter has continued to grow and flourish, attracting new volunteers and community leaders to join the fight to find a cure or control for cystic fibrosis. “Anne-Marie goes above and beyond the call of duty, spending late nights organizing her fundraising efforts throughout the year. She is one of the most passionate, organized volunteers that our Chapter has been blessed to have as a leader,” shares Chantelle Foreman-Meadows, Chapter Fund Development Manager, Essex-Kent/Sarnia/London Chapters.

Thank you Anne-Marie for your unwavering commitment in the fight to find a cure or control for cystic fibrosis. We are truly fortunate to have you with us in the fight.

Be our guest at the 65 roses family dance party!

Join us for the 65 Roses Family Dance Party taking place online on April 10th, 2021 at 6PM MST. Participants will tune in using a unique link sent to them before the event. We'll welcome you with sing-alongs, special character reveals, interactive activities, and enough toons to keep you movin’ and groovin’ all night long! Designed exclusively for kids ages 3 – 12, it will be a night your family won’t forget at the 65 Roses Family Dance Party!