ALL PROVINCES AND TERRITORIES NOW FUND TRIKAFTA FOR SIX AND UP

TORONTO, September 13, 2022 – Effective today, all provinces, territories and federal drug funding programs across Canada are funding the revolutionary cystic fibrosis drug Trikafta for children and adults aged six and older with at least one F508del gene mutation. British Columbia is the last Canadian jurisdiction to expand access to the younger group, with funding coming into effect today. All public payers have expanded access to Trikafta according to the Canadian Agency for Drugs and Technology in Health (CADTH)'s 2022 recommendation.

Trikafta is considered the single greatest innovation in the history of cystic fibrosis. It can treat up to 90% of Canadians with cystic fibrosis and addresses the underlying causes of the disease instead of just managing the symptoms, potentially preventing irreversible damage caused by this progressive disease.

“This is life changing news for many in our Canadian cystic fibrosis community,” said Kelly Grover, President and CEO, Cystic Fibrosis Canada. “We are pleased to see that every jurisdiction that originally implemented restrictive access criterion for Trikafta around lung function, has removed that criterion with the expanded access for the six and older age group. Many more people who need the drug will now be able to access it.”

Health Canada approved Trikafta for use in the six to 11 age group in April 2022 and on July 6, 2022, CADTH issued a positive recommendation to fund the drug. This new recommendation from CADTH supersedes the recommendation issued in 2021 for the 12 and older age group, and aligns more closely with the Consensus Guideline developed by Canadian cystic fibrosis physicians by eliminating a restrictive start criterion of a lung function measurement of 90% or less.

“Our 10-year old son Oliver has struggled with cystic fibrosis his entire life. It has been incredibly frustrating knowing that this drug was out there and could potentially help Oliver, but was out of reach for so long. We are relieved that British Columbia has expanded access for those aged six and older, and we are thrilled for what this means for Oliver’s future" - Nelson Narciso, CF parent and advocate.

Members of the community and supporters are invited to join Cystic Fibrosis Canada’s #TrikaftaToday briefing on Wednesday, September 14 at 1pm ET to discuss the most recent updates related to accessing Trikafta in Canada. Follow this link to register for the briefing.

Back to Listing
Upcoming Events
Wrapping for A Cure - Winnipeg 2022 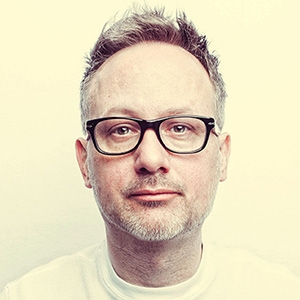