Home/ About Us/Board of Directors and Senior Team / Hugh O'Brodovich 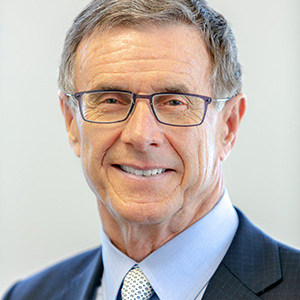 Back to Listing
Hugh O'Brodovich

Hugh O'Brodovich MD, FRCP(C) spent his early years on a farm in Saskatchewan and then obtained his medical degree and training in pediatrics and pulmonology at the University of Manitoba. After further training at Columbia University, he joined McMaster University in 1981. In 1986, he moved to the Hospital for Sick Children (SickKids) in Toronto where he subsequently became a senior scientist, Division Chief of Respiratory Medicine and Head of the SickKids Research Institute's Division of Respiratory Research. As Chair of Paediatrics at University of Toronto and Paediatrician-in-Chief at SickKids (1996-2006) he participated in major initiatives to improve the coordination, integration and delivery of health care in Ontario, Canada, Ireland and Qatar. As Chair of Pediatrics at Stanford University and Physician in Chief at Lucile Packard Children’s Hospital Stanford (2008–2016) he participated in health care and health care reform in the USA. He has been a member of the Boards of leading children’s hospitals, the Central West Local Health Integration Network and national and international medical societies. Until his retirement in 2016, he had an active research program and clinical practice in paediatric pulmonology, which included the direct and indirect involvement in the care of cystic fibrosis patients.  He is an elected Fellow of both the Canadian Academy of Health Sciences and American Association for the Advancement of Science. Dr. O’Brodovich lives in Canada and is a Professor Emeritus at Stanford University, a consultant for Takeda/Shire Human Genetics and is a member of the Board of Directors of the Headwaters Health Care Centre.

In life, there are meetings that have a great impact on us, that move us deeply and that force us to realize just how lucky and blessed we are to be healthy.