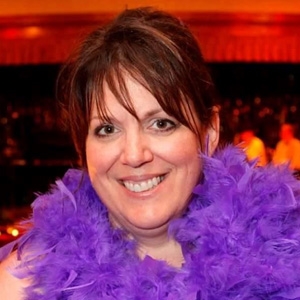 Debbie Carver was introduced to Cystic Fibrosis Canada over 20 years ago when her former colleague Raye Jerrard, who was a CF grandmother and past National President, asked her to volunteer at Wrapping for a Cure. Debbie was not familiar with cystic fibrosis until she met Raye, but after learning about this devastating disease, and meeting people affected by cystic fibrosis, she was moved by the cause and was determined to do anything in her power to help out.

Those who have had the pleasure of volunteering with Debbie, or meeting her at one of the many fundraising events she’s organized, describe her as a CF hero. Over the past 20 years, Debbie has fought alongside those affected by cystic fibrosis and she has made an incredible impact in the search for a cure or control.

Debbie has been instrumental in organizing many of the Chapter’s fundraising events, and has gone to great lengths to ensure they are a huge success. Debbie has been on the committee of the 65 Roses Ladies Golf Classic since her early years; she has done everything from chairing the committee, to finding sponsors, to decorating the banquet hall and finding prizes. Debbie was also a member of the Toshiba Ski Race Committee where she drove two and a half hours to Lake Louise to volunteer at various posts at the event and to warmly greet skiers with her glowing smile as they piled into the Chateau Lake Louise.

Debbie is warm hearted, well-spoken and exudes professionalism; a winning combination that makes her a tremendous fundraiser. Debbie has secured sponsors for major Chapter events, in kind printing for posters and flyers, as well as donated venue space for the Chapter to set up major events. Debbie truly understands the value of community, and has fostered relationships with Kin groups in Southern Alberta, Shinerama and CARSTAR.

Debbie conducts herself in a calm and business-like manner. She has been an executive/board member, and has the ability to both support and direct as needed. Debbie has also planned AGM meetings in Banff, and has traveled to National AGM meetings, educating herself on cystic fibrosis and gathering new fundraising ideas. Debbie is currently the Chapter President for the Calgary and Southern Alberta Chapter.

“Deb is one of the most caring, confident, outspoken women I know. She will certainly stand up for what she believes in,” says Jeanette Demers-Weir, Community and Event Senior Coordinator of Cystic Fibrosis Canada’s Calgary and Southern Alberta Chapter.

We would like to thank Debbie for all of her hard work. She is truly an incredible person, and we are privileged to have her as one of our volunteers!