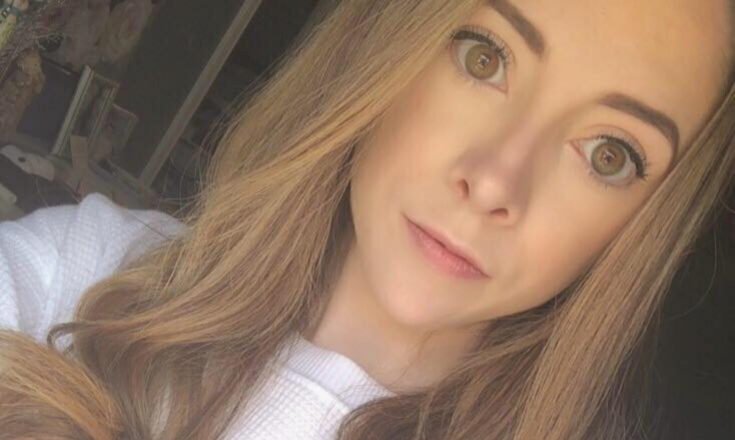 Province you live in: Ontario
Number of studies you have participated in:1
Describe yourself in one word: Determined

My name is Maygan Coulombe and I am 25 years old. I was diagnosed with cystic fibrosis (CF) at birth. CF has never hindered me from living an amazing life, while it has shaped me, it is something I have never let define me. CF has taught me how to be strong and how to approach everything with a positive attitude. I’m lucky to have the most supportive circle of friends and family who are with me every step of the way. I have endured the ups and downs of this disease and every time I am determined to come back stronger than I was before. I have a huge passion for fashion, food, puppies, sports and all things coffee. You can usually find me in the gym, hanging out with friends or doing my treatments.

My clinical trial experience has been awesome and I would participate again in a heartbeat! As a CF patient I have always wanted to get involved in research and be part of a clinical trial but often found myself unable to meet the inclusion criteria. When the opportunity to participate in a trial was presented to me I was thrilled.

My journey to enroll in a study was a little bit overwhelming; when I originally was presented with the opportunity I was also notified that I was approved to receive Symdeko. At that point, I was forced to make a decision because starting Symdeko would make me no longer eligible for the study. The obvious choice for me was to start Symdeko because it was a sure thing and I knew it could aid in getting my health to a more stable place. I was ecstatic to be approved for the medication but a little disappointed at the timing of it all because I had always wanted to participate in a study and for once in my life I had met the criteria. I was also nervous I could be missing out on a potentially ground breaking medication that could really help with some of the persistent problems I had been dealing with. While waiting for Symdeko and all the paperwork to be complete, which took a few weeks, I happened to get strep throat and an exacerbation requiring two different courses of antibiotics. It’s safe to say this was the one and ONLY time I was okay with getting sick (not too sick) because that now meant I had once again met the requirements to be enrolled in the study and I could start taking Symdeko. It was kind of a win-win. Part of the clinical trial requirements were I had to have been on two different courses of antibiotics within a certain time frame of each other and within a certain time frame of the study beginning, as well as, not starting any new medications within 30 days of the clinical trial. You can see what I mean that meeting criteria for studies can be tough and sometimes it’s a matter of timing being just right. I got the go ahead to start Symdeko and was re-recruited for the clinical trial a month later. It was all very overwhelming because originally I was forced to make some tough decisions.

I am so thankful for how everything worked itself out. Most often the desire and willingness to be involved in a study stems from the potential benefits that could come from it. There’s a chance you could be one of the first people to receive a life changing medication and that definitely creates incentive. Although there are no guarantees when enrolling in a study I choose to stay optimistic about what the outcomes could be. Enrolling in a study takes a degree of courage, its experimental, you’re forced to make some tough decisions and you’re jumping into the unknown which can be scary.

In my experience participating in a clinical trial has been rewarding, although, I still don’t know whether or not I received the drug or the placebo. There were other benefits to taking part in the trial as well, such as, reimbursement and streamlined clinic appointments – I sure will miss those! Although I did have some additional testing done throughout the process that I may not have typically needed, it was very easy, pain free and convenient because it all took place in the exam room. During the study period I was required to visit clinic once a month which was typically my normal, however, as my health became more stable I was at a point where I could have gone 2-3 months between clinic visits. So, in a sense, I was forced to visit clinic more frequently than I would have liked but all in all it was still 100% worth it to me.

Having the opportunity to be part of a clinical trial is something I am so grateful for. Whether the outcome is positive or negative I now feel like I’ve had the chance to play a role in advancing research in the treatment of cystic fibrosis. In a sense it feels like a way to give back to my CF community. These trials have the power to impact our future. The advancement of treatments and therapies would not be possible without patients like ourselves volunteering and getting involved.