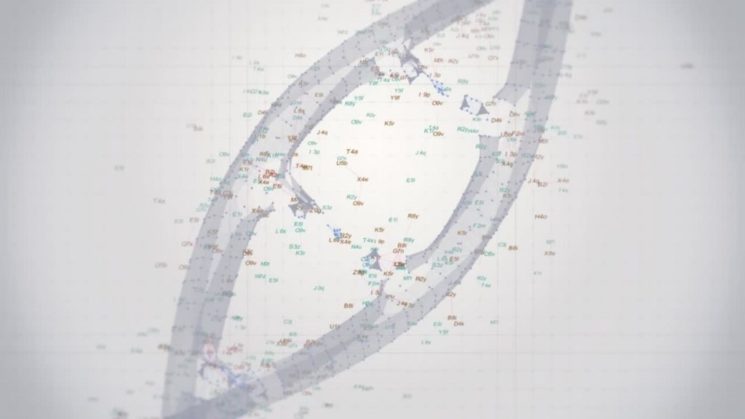 On Tuesday May 9, 1989, Cystic Fibrosis Canada-funded researcher, Dr. Lap-Chee Tsui, and his team at the Hospital for Sick Children in Toronto, together with Dr. Francis Collins at the University of Michigan, made history as they became the first to discover the gene responsible for cystic fibrosis. This discovery was made possible by the generosity of our donors and is still considered to be one of the most significant breakthroughs in human genetics in the last 30 years.

Dr. John Bergeron, Emeritus Robert Reford Professor and Professor of Medicine, McGill University, recently wrote about how the cystic fibrosis gene discovery is Nobel Prize worthy. We met with Dr. Bergeron and his co-author, Kathleen Dickson, to chat about the impact of the CF gene discovery.

Why do you think the CF gene discovery is Nobel Prize worthy?

For one, the cystic fibrosis gene discovery addressed the prevalent genetic disease in North America at that time, and it was also more ambitious and technologically difficult than going to the moon and back.

Dr. Lap-Chee Tsui and Dr. Riordan didn’t know what was mechanistically wrong with the patients because at the time they knew nothing about the DNA sequences that harbored the mutation. All they had was this idea that there was something wrong with the sweat gland cells, pancreas, kidneys and lungs resulting in most patients dying as infants. They didn’t know what the DNA sequences were that made the CF gene and what made the gene not functional. They only had access to a small scale DNA sequencing process. So, it was then that Dr. Lap-Chee Tsui and Dr. Riordan decided to identify the gene and the mutation. They happened to bump into Dr. Francis Collins, who was trying to figure out the same thing.

Together, they came up with chromosome jumping to narrow down the chromosome location of the mutation. They then used sweat gland cells from patients and their parents to generate mRNA that could be amplified using PCR familiar to all today for COVID-19 testing. Using the bit of DNA they obtained from chromosome jumping studies, they could then fish out  the corresponding gene from the PCR amplified material derived from the patient sweat gland cells. This was the long sought after mutant cystic fibrosis gene.

So, this discovery is worthy of a Nobel Prize, I mean, it’s just a slam dunk. Especially for what the discovery did for the human genome project in 1990, large scale genetic screening and now with the development in drug discoveries.

What was the most important part in the discovery process of the cystic fibrosis gene?

The patients and their families. Without the patients and their families, the dedication would not have been there to enable the samples to be provided and the eagerness to test out the effects of all the various treatments for their children. I hope these families feel satisfaction with how far the disease has progressed because of their help throughout the discovery process.

What other discoveries has the CF gene discovery enabled?

The discovery of every single type of genetic disease. After the discovery of the cystic fibrosis gene, Dr. Francis Collins then decided to sequence the whole human genome. He figured out every genetic disease and even some rare diseases, now known as the human genome project. Not to mention the discoveries that are still happening today, like genetic screening, CTFR modulator therapies and Dr. Jue Chen’s discoveries earlier this year of how the therapeutic drugs for CF actually work.

What inspired you to write your article?

Kathleen Dickson and I first wrote about the cystic fibrosis gene discovery being Nobel Prize worthy in 2017, it has always been at the top of our list. Unfortunately, as only top scientists and previous Nobel Prize winners are invited to nominate a discovery for a Nobel Prize, Canadian discoveries are at a disadvantage. We only have one Nobel Prize in physiology or medicine, which was the discovery of insulin in 1932. This means we have to rely on a select few Canadians and Institutions that are selected by the Nobel committee to nominate, but also have asked past Nobel Prize winners around the world if they will support a Canadian nomination.