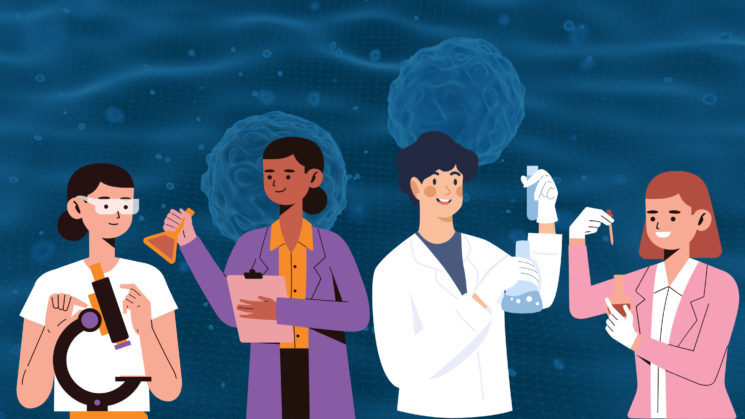 It has been an exciting year for Canadians impacted by cystic fibrosis (CF), particularly now with Trikafta being funded in all jurisdictions in Canada. However, we know that not all in our community with CF will benefit from this drug.

That is why it has been and continues to be a priority for Cystic Fibrosis Canada to fund research that will explore new treatment options for individuals with rare mutations and those who are not eligible for current modulator therapies. In 2015 we partnered with The Hospital for Sick Children (SickKids) in Toronto to start the Cystic Fibrosis Individualized Therapy (CFIT) program, a national resource dedicated to individualized CF drug discovery.

“To develop the CFIT resource, we recruited 100 individuals with cystic fibrosis across Canada and collected samples from them. To do this, we brushed the inside of the nose to get nasal cells and did sequencing to understand what types of genes were turned on in the nasal cells,” said Dr. Christine Bear, co-director of CFIT at SickKids. “We also took blood samples for sequencing and to create stem cells. Stem cells have the potential to be turned into any mature cell type- like neurons, lung cells and heart cells for example.”

The team has now been using the CFIT stem cell resource to create tools for drug development and discovery. Recently, Stem Cells Reports published a research paper by the team that looked at how the CFIT resource can help with drug discovery for those who have a rare CF mutation. The study set out to see if it is possible to look at early stages of lung development and still see the key CF protein, CFTR, and use those cells as a drug testing platform. The team used their methods to turn the stem cells into cells that resemble immature lung cells. The findings showed that the CFTR protein was indeed present and functional in immature lung cells which means that stem cells from CF patients with mutations in CFTR can be tested to see how they respond to new drugs.

Stem cells are extremely valuable in testing new therapies.  Unlike repeated invasive tissue sampling from patients, stem cells can be generated from one simple blood sample and grown in the lab almost indefinitely, making it possible to screen thousands or tens of thousands of molecules on immature lung tissue to find one that may in time be developed into a drug therapy.

“What is unique about the research in this paper is that in other papers published using patient stem cell-derived lung cells, the protocol takes months and months and, in the end, its expensive to produce a few usable samples, so the number of drugs you can test is limited,” said Janet Jiang, lead author of the paper. “With the drug screen that we developed we were able to shorten the amount of time needed to produce these cells and were able to develop a high throughput screening method so that we can test many drugs in different combinations.”

As the CFIT resource has the corresponding nasal cells from each individual, the team was then able to test nasal cells from the same patient to validate their findings. The team confirmed that the person who showed the best response to a potential therapy in the stem-cell based system also showed the best response in their nasal cells. This finding supports a new discovery pipeline where many interventions can be compared simultaneously in the stem-cell based assay with the top hits confirmed on that person’s nasal cells.”

Will this discovery benefit those who are not eligible for a modulator therapy? Dr. Bear believes so. “For people who don’t have approved modulators, there is a lot of anxiety. It’s taking a long time to find a therapy for their mutations. What we’ve described here is a solution to a problem that has been slowing the progress for therapy development for these rare mutations,” said Dr. Bear. “Generic laboratory cell lines may not be sufficient for drug discovery for these rare mutations.  But now, we have a way to test many compounds rapidly in tissues from a patient with a rare CF causing mutation. This should really speed up the discovery process.”

The CFIT resource holds many possibilities for the future of therapy development and testing. The program can provide new methods like the one described here.  And CFIT also provides cells to other researchers and organizations to facilitate their therapy discovery efforts.

“While there is still much work to be done before there is a therapy for those for whom current modulators will not work, this research brings us one step closer. It’s one important step that was lacking before,” said Dr. Paul Eckford, co-author of the study and Program Director of Research at Cystic Fibrosis Canada. “Thank you to all who have contributed to the CFIT program. This resource exists because Canadians with CF donated their samples; they are the reason we can continue to go further.”

For more information on the CFIT Program and which rare mutations are still being sought, please visit the CFIT webpage.