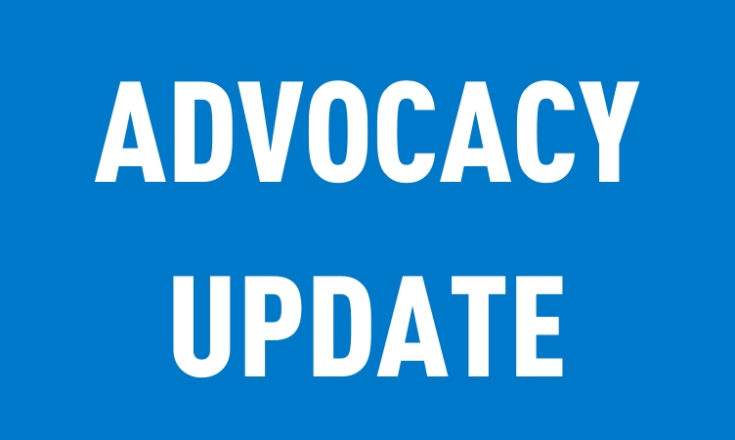 Advocacy From the desk of the CEO

Advocacy Update From the Desk of the CEO

Improving access to the new life-changing cystic fibrosis (CF) medications is a priority for Cystic Fibrosis Canada (CF Canada) and we have been working hard, alongside many people in the CF community, to ensure these medications become available for Canadians living with CF.  ​

We, at Cystic Fibrosis Canada, believe it is critical that you are informed about our advocacy work, as well as ways you can help, and this update is the first of regular updates to come from us.

With the announcement of the U.S. Federal Drug Agency’s (FDA) approval of Trikafta, followed by announcements that England and Wales agreed to publicly fund Orkambi, this fall was a tremendous time of hope in our community, followed by a tremendous sense of disbelief and disappointment in Canada given our limited access to modulator treatment.

Over the past few months we:

#CFcantwait
To help our community be heard, we launched #cfcantwait, an online social media campaign that encouraged people to share their drug access stories while putting pressure on the manufacturer of Trikafta to apply for Health Canada approval, which is required for a drug to be sold in Canada. Thank you to so many of you who participated and shared your stories online.

Standing in the way of access to new CF treatments are some limitations in how new drugs are reviewed and priced in Canada. As a result, we have been focusing on influencing the federal health system to ensure new drugs, such as Trikafta, and others in the pipeline are reviewed fairly and in a timely manner.

Influencing policy
We’ve been spending a lot of effort in the background to ensure new drugs will come to Canada. The federal government recently proposed changes to the way new drugs are reviewed and priced in Canada. Some of the proposed changes to the Patented Medicines Price Review Board (PMPRB) have met with near universal concern from the pharmaceutical industry, to the point that companies are wondering if it’s worth bringing drugs to Canada, or when.

As a result, we have been focusing on influencing the federal health system to ensure new drugs, such as Trikafta, and others in the pipeline are reviewed fairly and in a timely manner.

We are participating with our coalition partners in a consultation process regarding the changes to ensure that any implemented changes are fair and do not inadvertently hurt our community.

The federal government announced in their 2019 federal Budget that a rare disease strategy would be coming in 2022. But our medicines are here now and we need this strategy now. We are actively advocating to have this strategy implemented asap.

Stay tuned, as there’s much more to come. This spring we will be holding a series of meetings with federal elected representatives and a lobby day on Parliament Hill to advocate for the changes we need to ensure our new medications are making it to Canada.