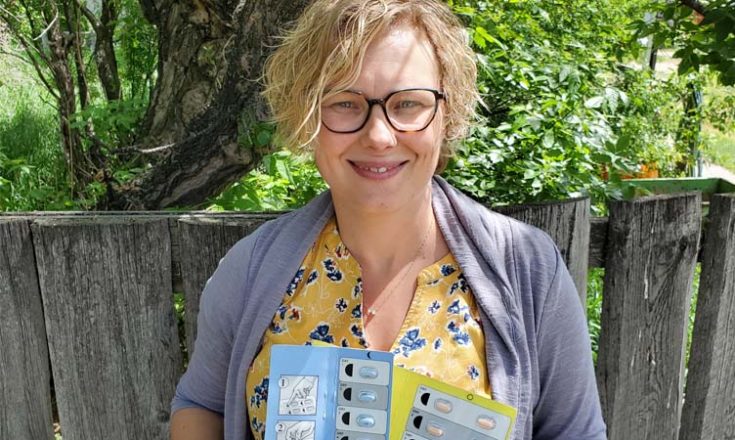 I got involved with advocacy because I have had the benefit of knowing what Trikafta can do, as I have been a compassionate access recipient for almost 2 years ago. Everybody who can benefit from it needs to have Trikafta. Thanks to the work of many advocates across Canada, all provinces provide access to Trikafta. Knowing the impact Trikafta had on my life, I will continue to help in any way I can to get this medication into Albertan’s hands.

We have had the privilege of meeting with drug managers in Alberta. At one meeting, I told my story and how quickly and efficiently Trikafta began to work in my body. We could tell that this personal account of dramatic and quick improvement emotionally moved the meeting participants.

That same drug manager called me for a quote to include in the provincial press announcement the day before the announcement [that Alberta would fund Trikafta for all who could benefit] was made and I could tell it was a phone call he was very happy to make, knowing how much it meant to myself and all other Albertans with CF.

What does access to Trikafta and other CF modulators mean to you?

It means a second chance at a healthier life. As a recipient of Trikafta through the special access program, I have seen changes in myself that were impossible before. CF is a progressive disease, we are not supposed to improve, but I am. I have not felt this energetic and well in over a decade and I can now participate in my own life instead of watching from feeling like I was watching from the sidelines. I am now the active wife and mom I always wanted to be and even have enough energy and time to dedicate to further advocacy work to help ensure no one with CF is left behind in our province.

What message would you like to give to your provincial government on behalf of the CF community in Canada?

CF can’t wait any longer and did not have to. I am so proud of our provincial government for funding Trikafta regardless of lung function values and getting it done as quickly as they could. I have enjoyed meeting with the drug manager and his team, the chiefs of staff for the Health Minister and two Alberta Health Minister’s over the last two years. Our miracle drug is here and because of their decision fragile lungs are healthier, and our mental health is better as the burden of CF is not as heavy.

Trikafta is being used as intended – as a preventative medication that slows or stops decline and not as a last resort to avoid premature death or lung transplant. I, and all other CF patients and their families and support systems, will be forever thankful that our government heard our stories, recognized the need for Trikafta and provided it quickly.

What advice would you give to a new volunteer advocate?

My advice is to tell your story. Every CF journey is unique and our elected representatives are people just like us. They want and need to hear your story so they understand the impact their decisions have on our lives. Every representative deals with many issues in their departments or from their constituents. In my experience, every single one we have met with wants to help, so it is your job to tell your story so they can get to know you and how important their decisions are for your daily life.

Find out more about being an advocate with Cystic Fibrosis Canada