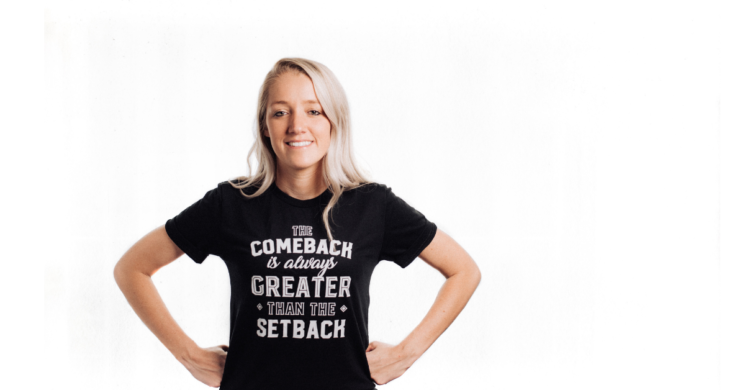 Getting Trikafta Saved my Life

Samantha Roy, lives with cystic fibrosis, was granted compassionate access to Trikafta after her health declined considerably as a young adult. She shares how this experience changed her life, and why it’s so important that all Canadians living with CF are given the same opportunity to access life-changing CF medicine.

When people ask me why I share my story, when it’s so difficult to talk about, I tell them it’s because I know how close I came to not being here to tell it at all.

Sharing my story and being an advocate for cystic fibrosis (CF) is such a big part of my life, and the lives of so many others impacted by this disease.  Without our voices, no one can truly try to comprehend, care or treat CF, and all that comes with it.

Today, thanks to Trikafta, I am a year and three months without a hospitalization or antibiotics to treat my cystic fibrosis. Having access to this CF drug saved my life, but the journey up to this point has been incredibly emotional, both physically and mentally.

It’s often difficult to find words to sum it all up, but I would like to share the story of how Trikafta changed my life…

I was first diagnosed with cystic fibrosis at 9-years-old. As a busy and athletic kid, I was very fortunate – avoiding hospitalizations and complications. For the most part, I was healthy. But being in denial was the best word to describe how I felt throughout my adolescence.

When I turned 23, the reality of CF hit hard and fast. The diagnosis started to interfere during my time as a varsity athlete in university. Then, it started again during my first pregnancy. My health declined, just as my doctors told my parents it would.

I know as a woman with CF, having children is rare. But I found out first-hand why: our bodies aren’t meant to sustain a pregnancy.

When I conceived my first child, I became very sick. My lung function declined, I was losing weight rapidly and had undetected pneumonia for months. After my son was born my lung function increased to about 50%, which I was happy with given how low it had dropped during pregnancy.

Four years later, I was thrilled to learn I was pregnant again. Like my first, this pregnancy took a toll on my health and I was hospitalized for nearly 90% of my pregnancy. Unlike my first, my lung function did not increase after my second son was born.

My health continued to decline and eventually I was transferred from McMaster, where I had been receiving CF-care my entire life, to St. Michael’s Hospital in Toronto. We started discussing transplants and I was admitted a lot.

This really took a toll on both me and my family. My husband and mother tried their best, but there were many times when their best just couldn’t compete with CF.

When I first applied for Trikafta through the manufacturer’s compassionate care program, my lung function hovered between 22-28% and antibiotics stopped working. I was in and out of the hospital, with little to no improvement. My doctor was confident I was a candidate for the drug, which is not accessible publicly in Canada yet.

After an anxious wait, I received the news: my application was denied.

I always prided myself on my strength to find hope and keep pushing forward. But the compassionate care program denial was a difficult blow. I was the lowest I’d ever been, physically and emotionally. Knowing that a drug existed and my life depended on getting it, but I couldn’t access it or do anything about it, was so difficult.

I was fading quickly. I was also feeling guilty for putting my family through such pain. I had two sweet little boys at home and a husband who was doing everything he could to support us.

Two months later, in December 2019, my incredible doctors applied for compassionate access to Trikafta on my behalf once more. In March of 2020, I got the call that I was approved – I couldn’t believe it.

It took three weeks to get Trikafta into my hands. Within three hours of my first dose there was a noticeable difference. My cough had changed to a normal-clear-your-throat-cough instead of the ‘smokers’ cough I’d had for years. My energy was so different!

There are no words to describe what a miracle this has been for me.

Cystic fibrosis has the ability to negatively impact almost every aspect of your life as a patient. In-fact there are times when that is all you feel: like a patient, a burden, and incapable of independence.

But there are also some positives from this diagnosis that have reminded me of the little things I’m blessed with. Having difficulty breathing has allowed me to treat every single day as a gift.

The reality that complications can happen at any moment has allowed me to take a leap of faith and say yes to adventures. CF has also given me so many positive qualities that contribute to my being, and I am so grateful for them.

I’ve also come to learn how infuriating it is that our government cannot cover the funds necessary to save all other Canadian children and young adults who are diagnosed with cystic fibrosis. I’m so happy to be here and know how lucky I am, but it’s hard to be happy knowing how many other people need access to life-changing medication but don’t have it.

There is no excuse. Nobody should have to become as sick as I did in order to get access. We need to go further and do everything we can to provide justice for all Canadians currently suffering.

Today I advocate for access to Trikafta for all Canadians who need it.

Find out how you can help people living with cystic fibrosis access the medication that they need.